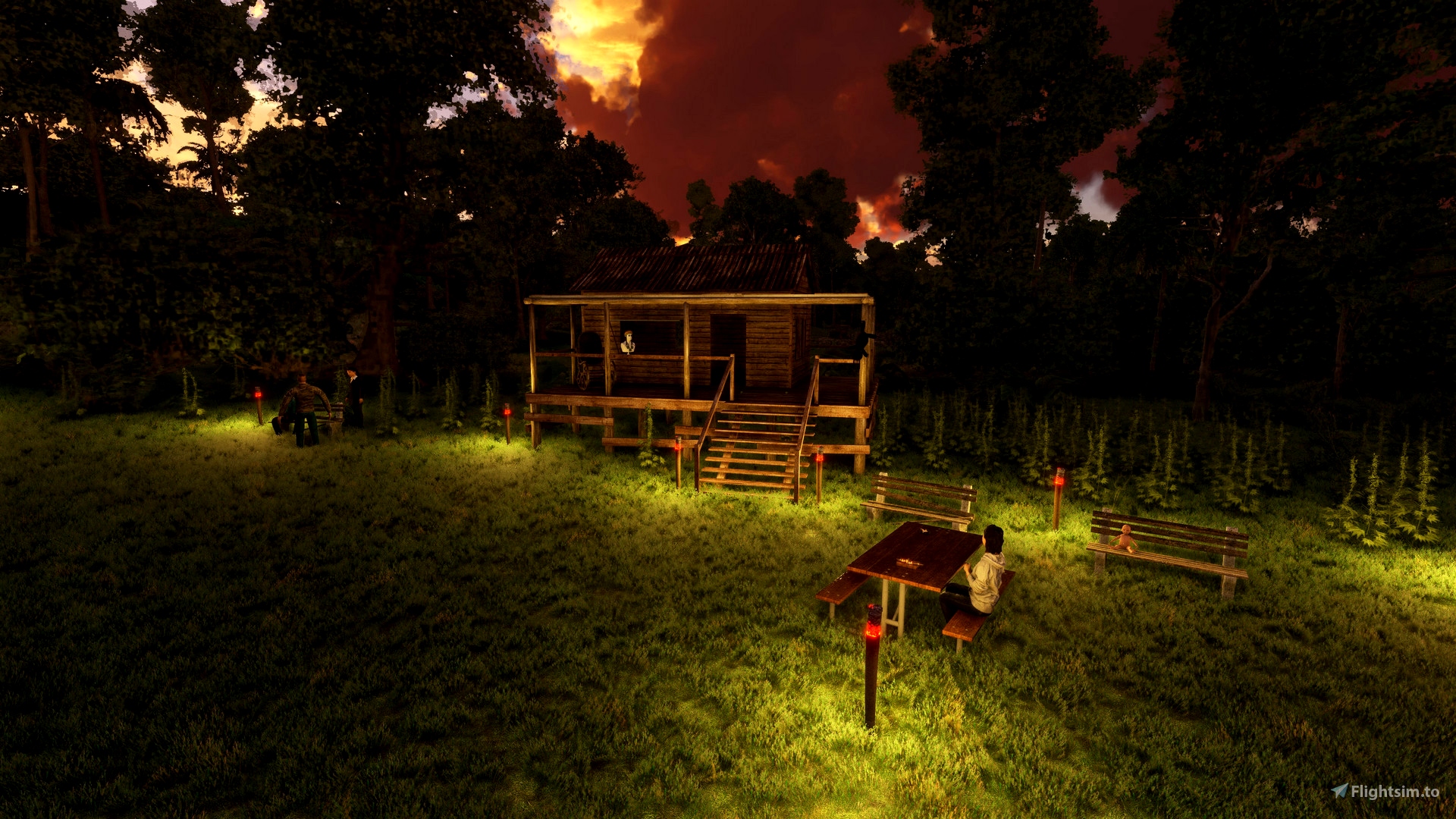 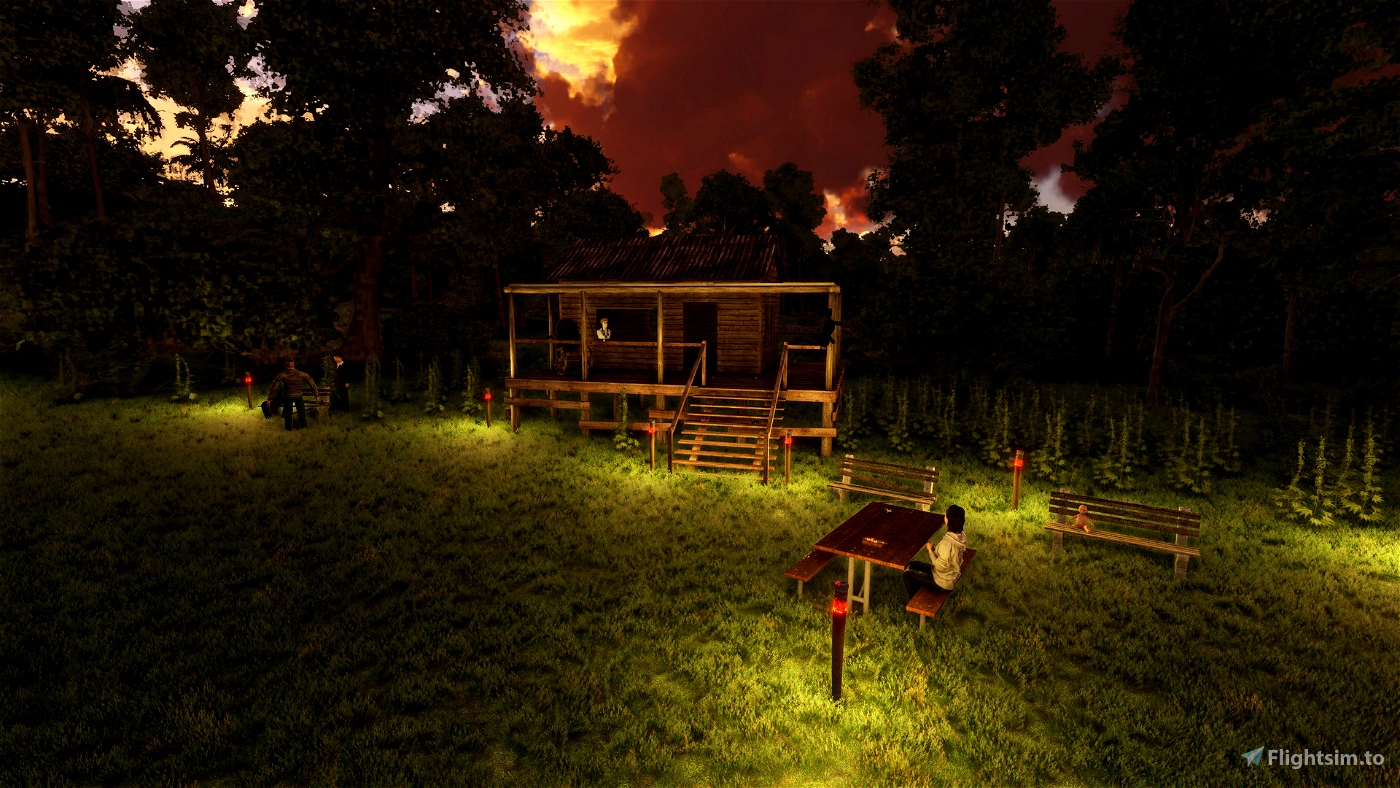 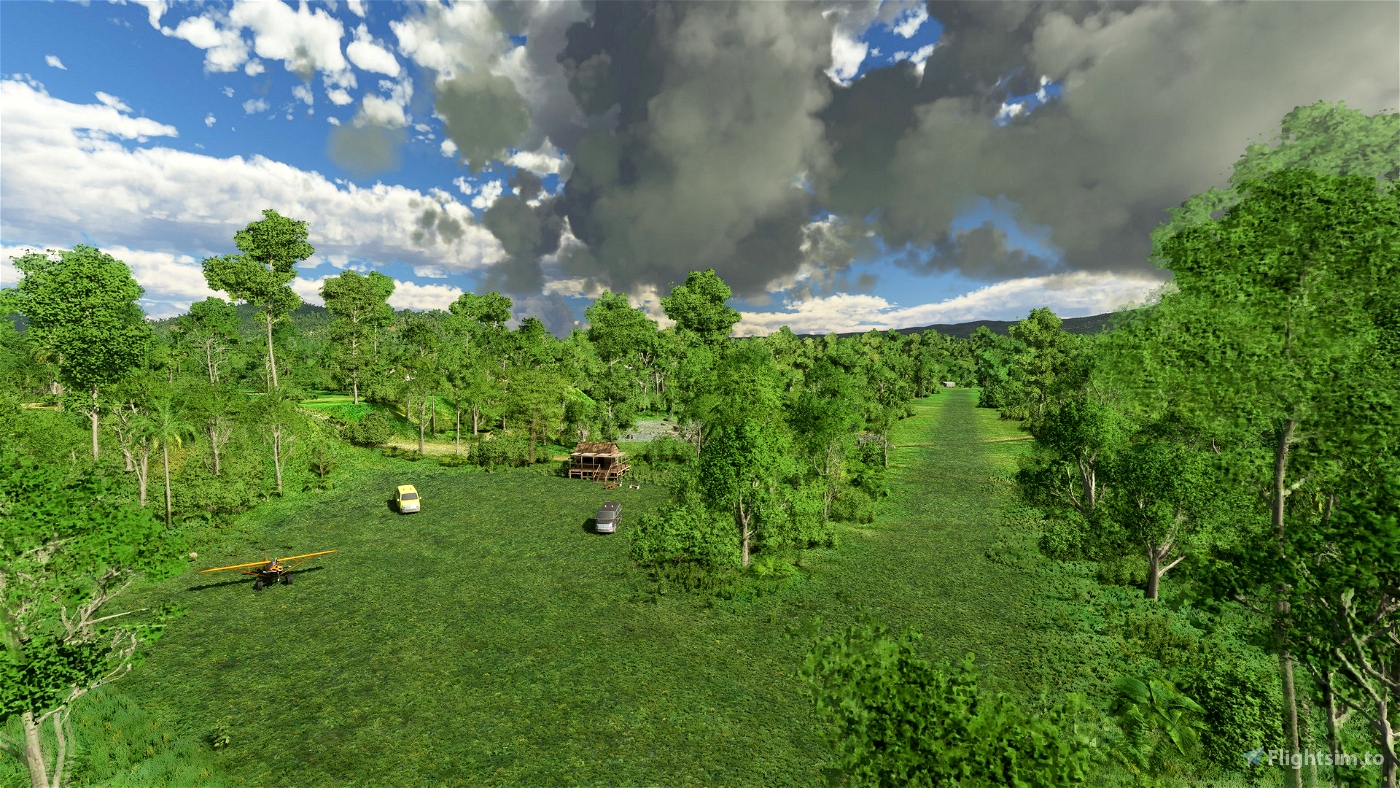 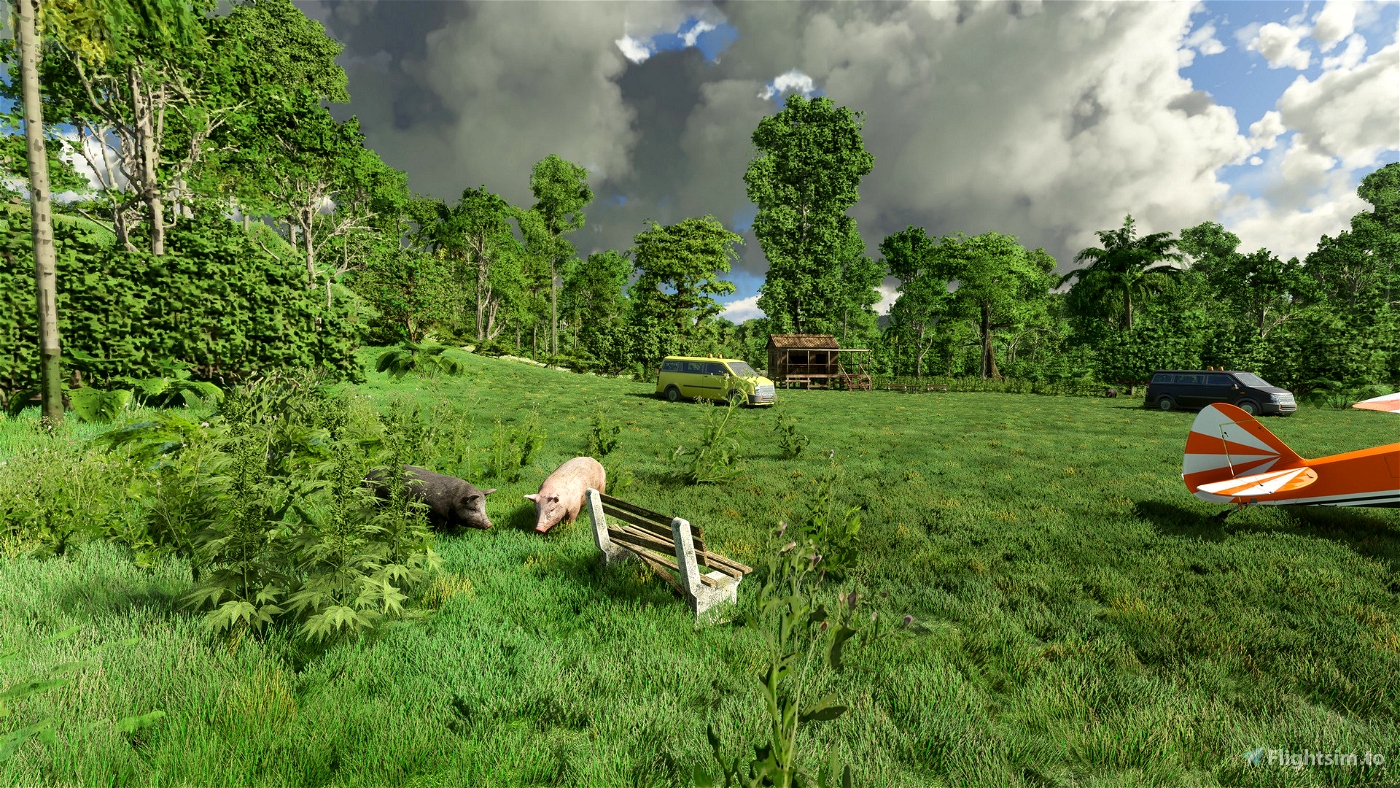 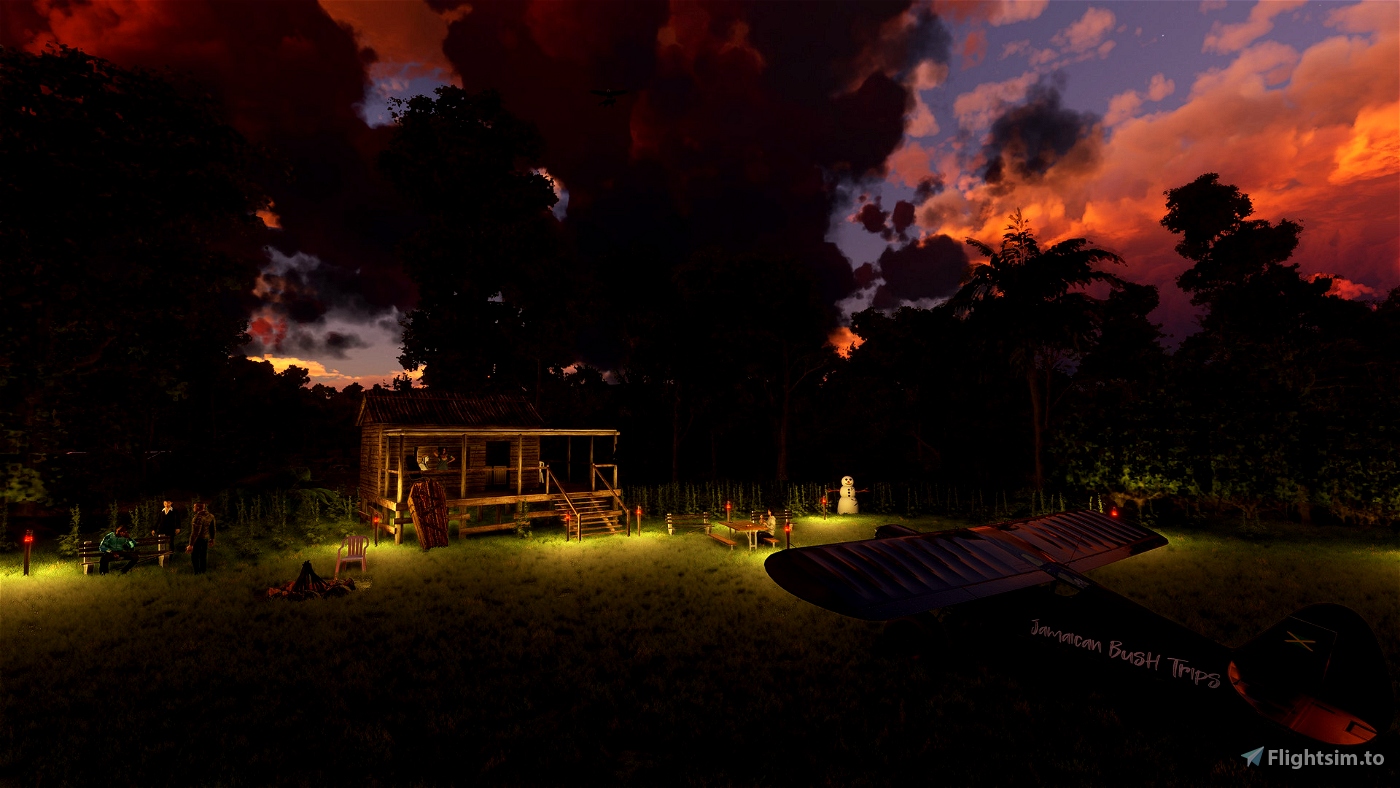 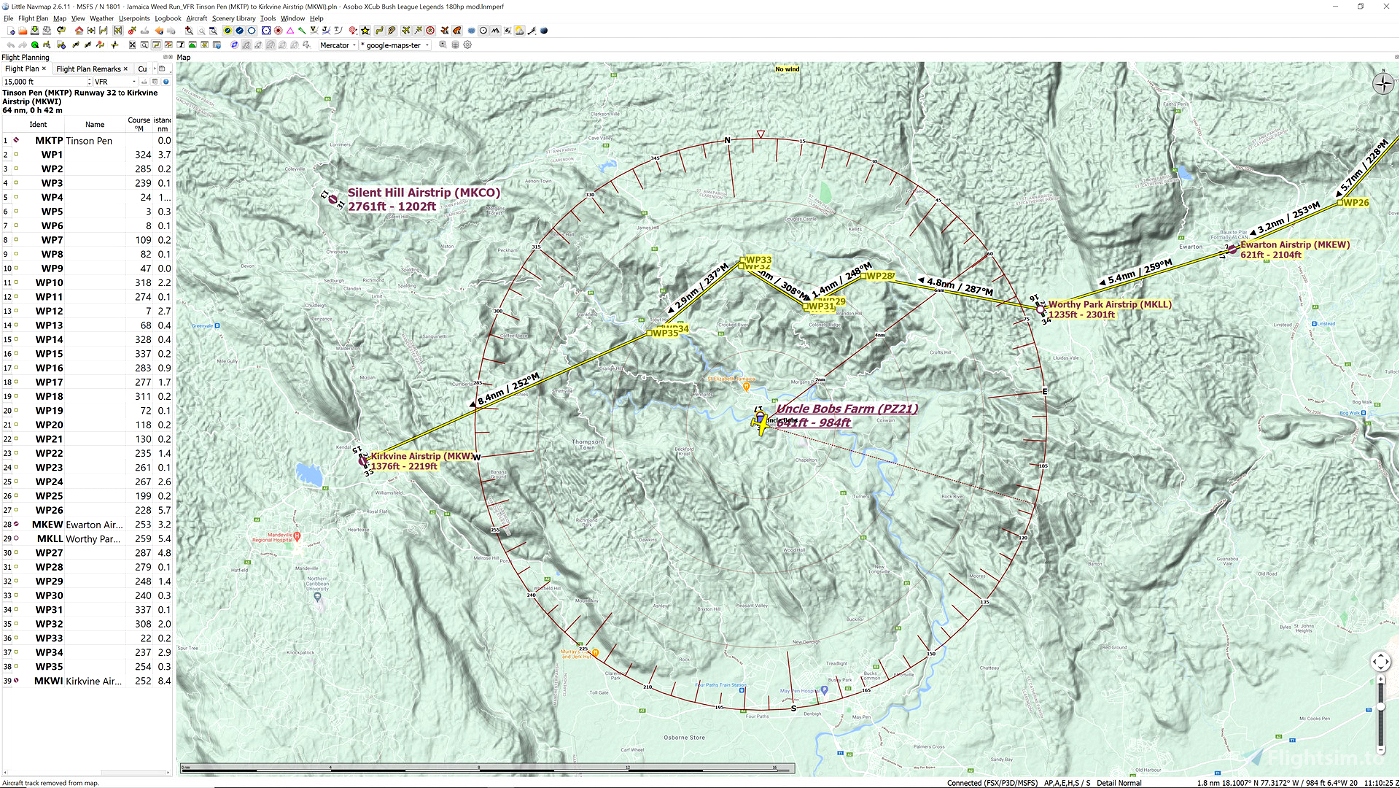 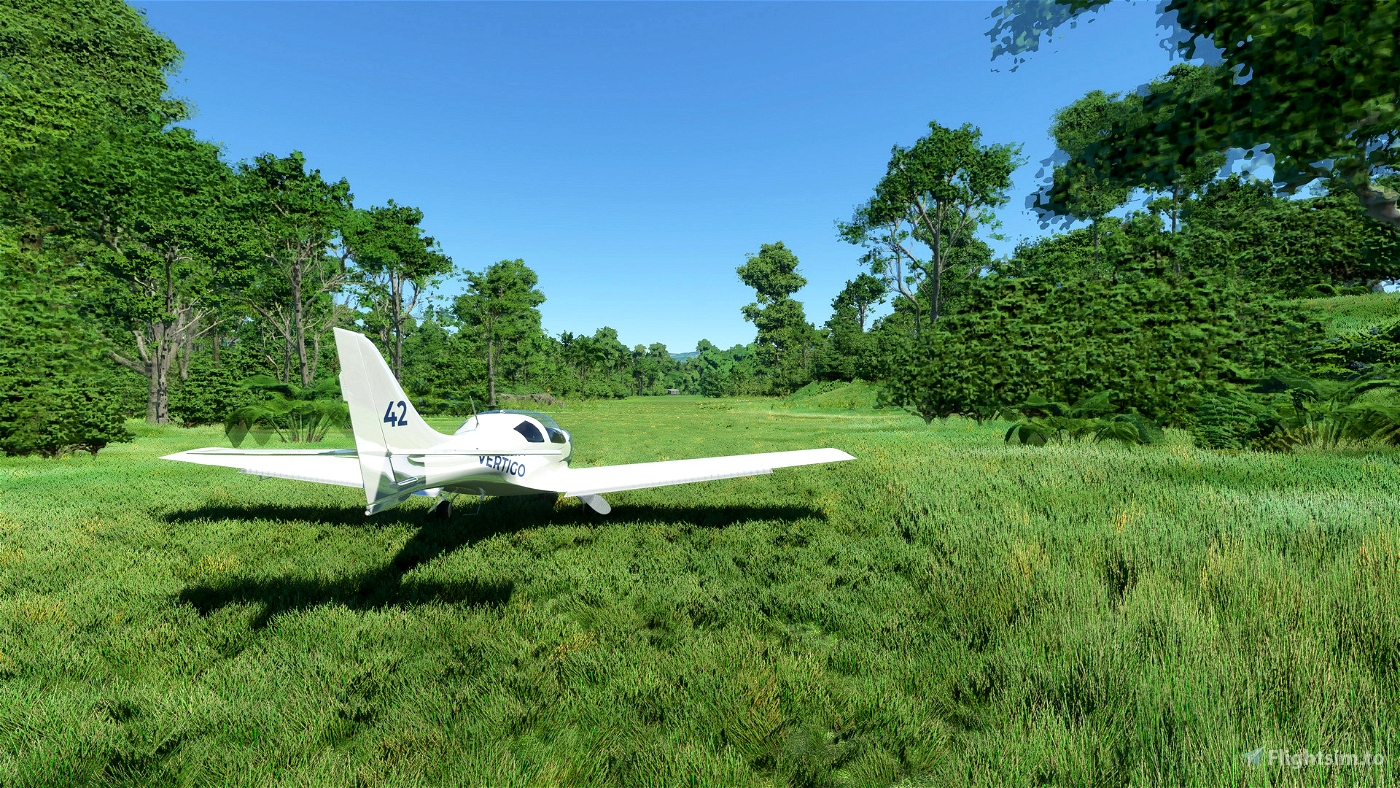 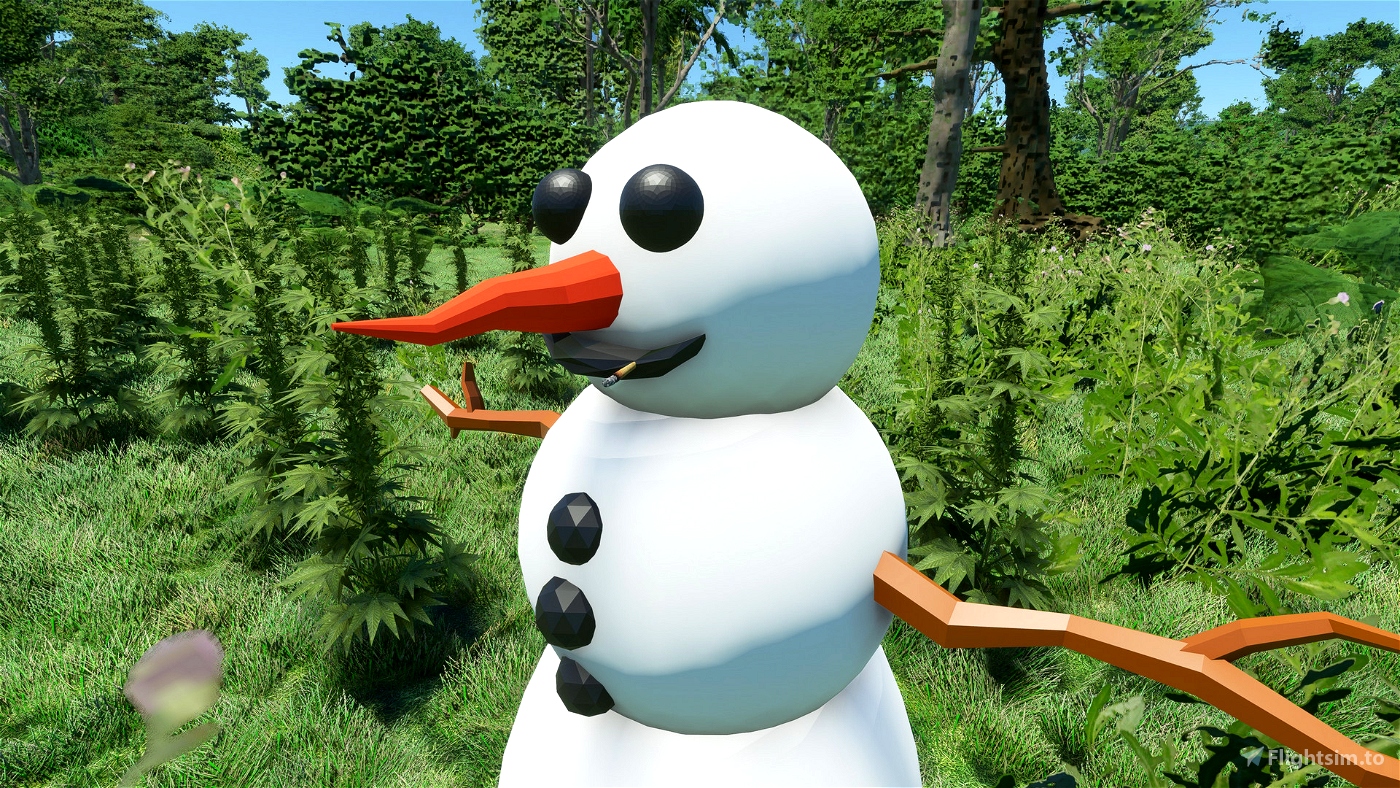 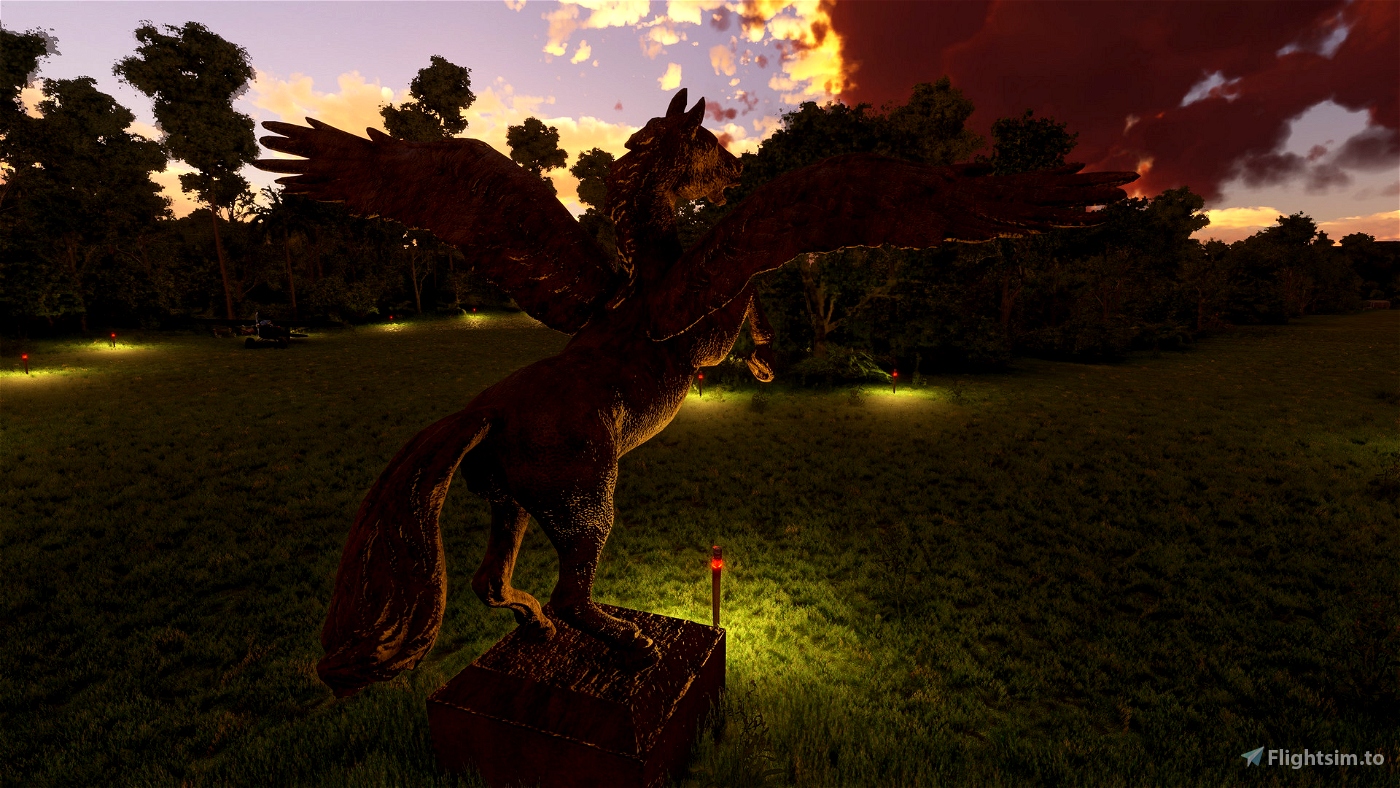 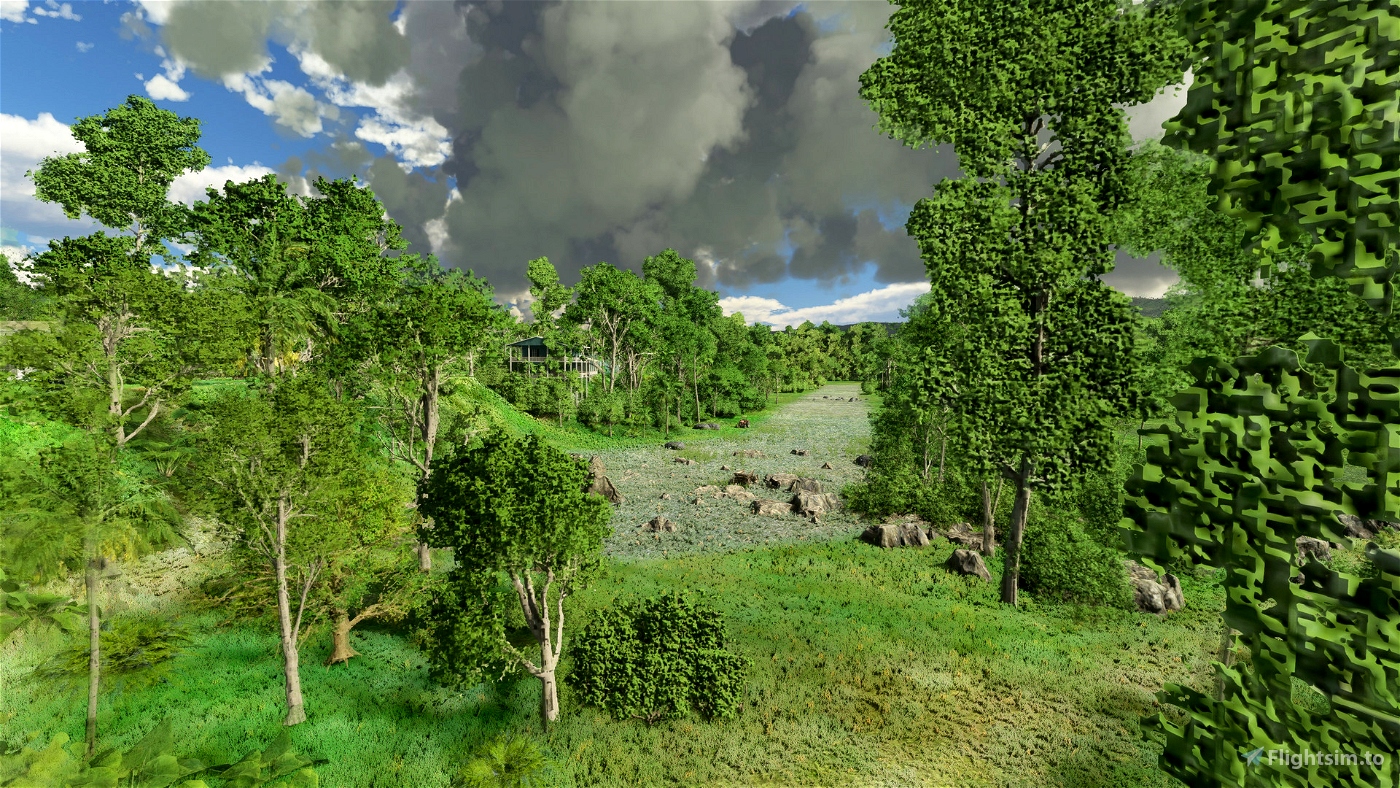 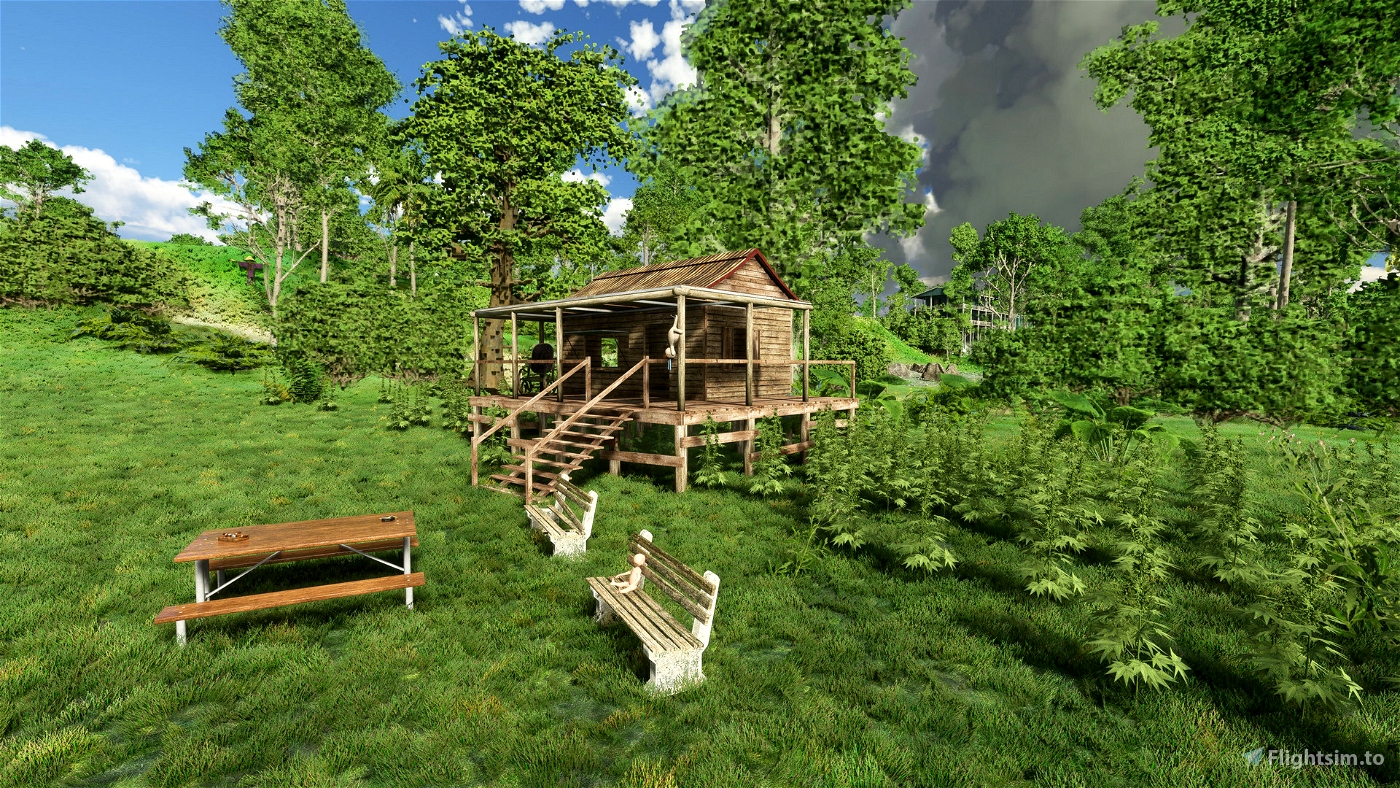 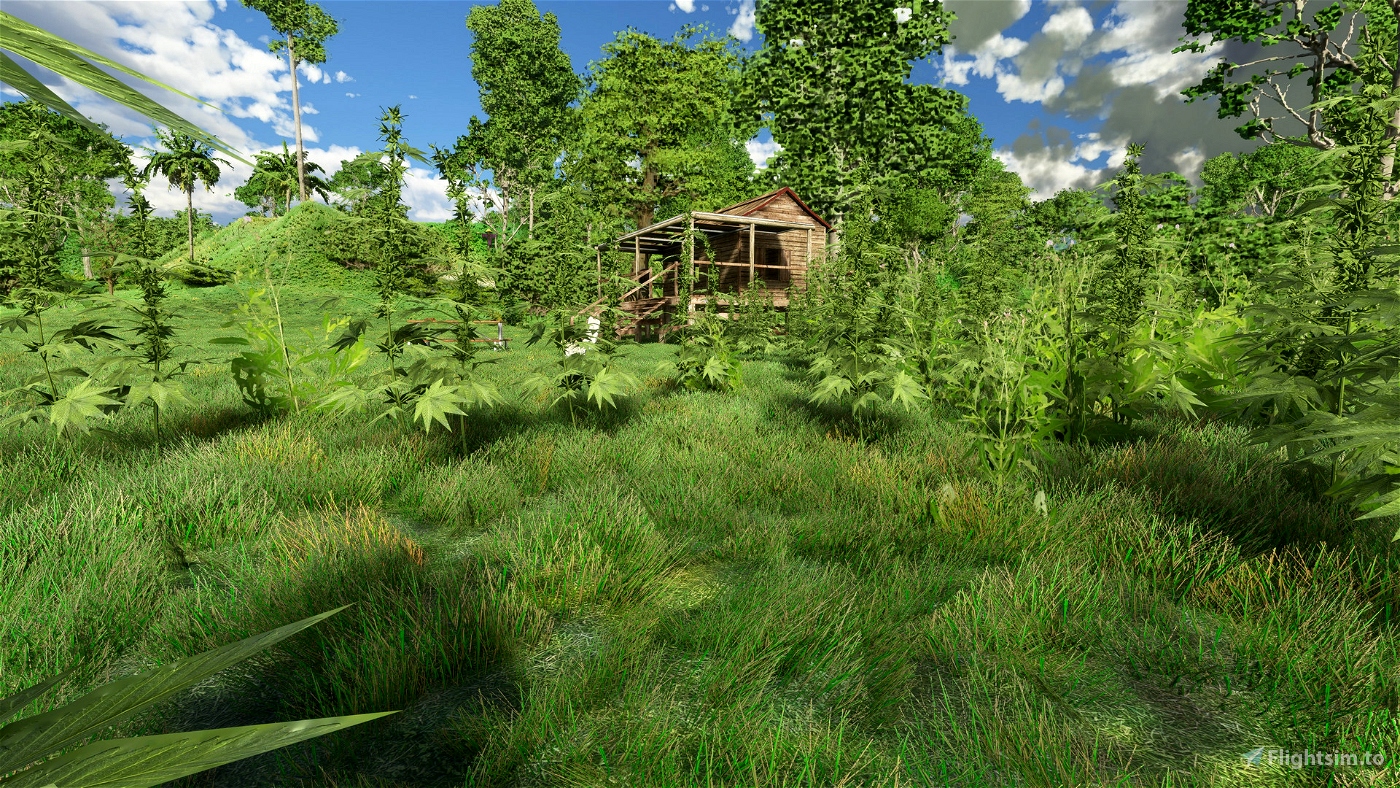 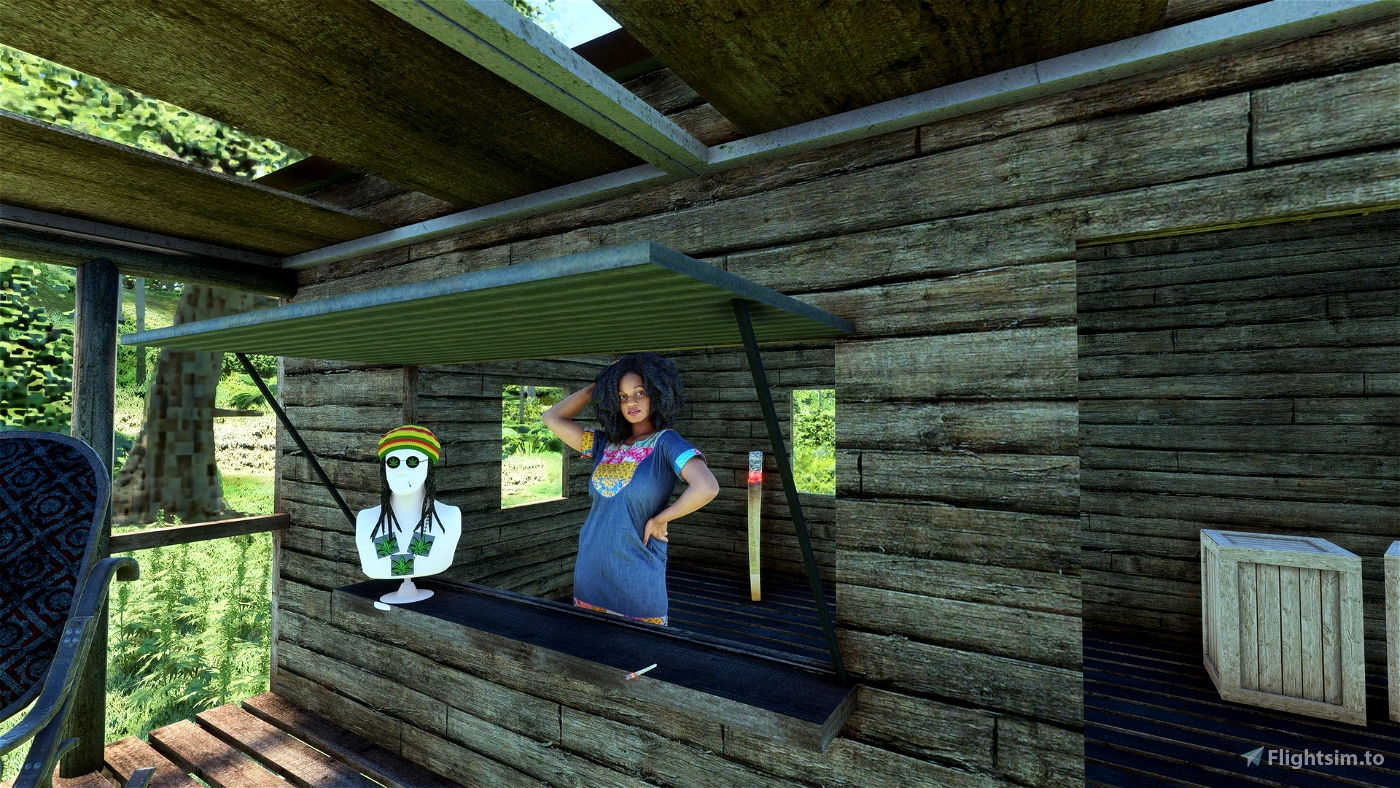 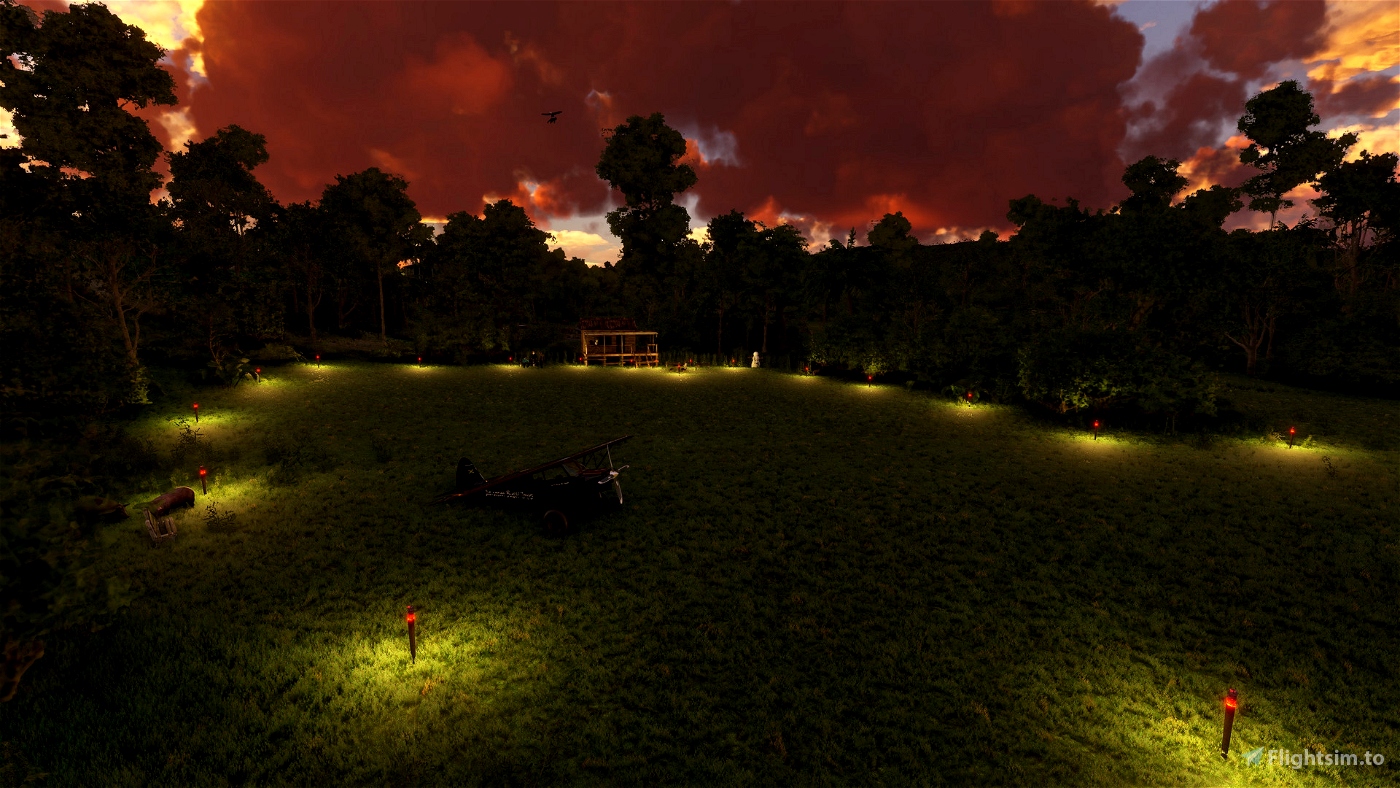 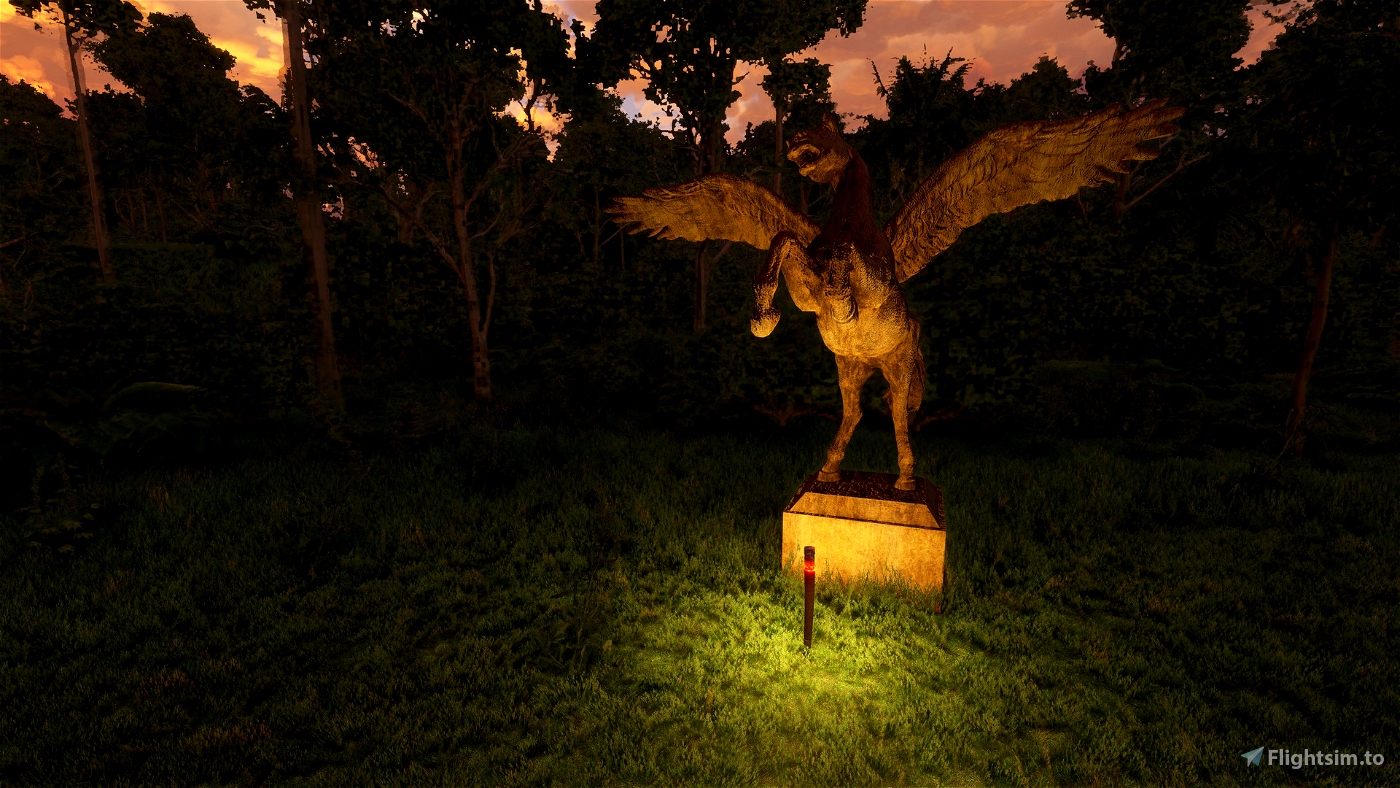 Tucked away in the center of Jamaica this small airstrip is the honorary home of the 4/20 club.

Run by a local called Uncle Bob the strip welcomes all careful pilots and arrangements can be made to leave your plane at Bob's and a taxi will take you home should you enjoy too much of the local herbal remedies.

NOTAM:
If you wish to visit Uncle Bobs farm prior arrangements should be made.

Under no circumstances should the 'inviting' airstrip to the right of the windsock on the 17 approach be used. Only use the track to the left of the windsock for landing and roll out right to the end to join the party.

The visible airstrip is reserved for people Uncle Bob doesn't like !

v2.0 major update to all areas of the scenery.

v2.2 Significant update to remove the LivingWorld.config I setup to remove the ground services at the strip BUT it was a global effect not just a local effect, my apologies for any inconvenience caused. On the plus side it gave me time to re-order some munchies for Uncle bobs shack so people won't get hungry for a while

2 month(s) ago
Hi. I tried to start from this location with the H135 but found a lot of trees and no strip. Have I done something wrong??

If you installed the main scenery folder to the community folder and still don't see it I would close the sim, delete/rename the Content.xml file in the root of the MS installation folders and let the sim rebuild it on start up.

the scenery itself is amazing, thanks for that.
But with the newest MSFS Version, if PZ21 is activated, ALL the ground traffic (so all parking aircraft) all over the world is missing.

Maybe it has sth to do with the LivingWorld_Config?

You are correct about the LivingWorld config file. I only found out it was a problem this morning. I was trying to avoid all the ground services being spawned into a airstrip that clearly wouldn't have them. I will upload a revised version shortly after I've changed the parking spots back to Dock)ga positions to avoid anything spawning in.

Sorry for the inconvenience
Kev

Thanks Kev, no Problem 😊

Will just wait for the update. For the moment I just removed the Living World file.

updated to remove the configuration and added a few more items 😊

Thanks man, will test it in the evening, but I'm sure it will work 😊

2 month(s) ago
I can't wait to give it a try! It looks Amazing! It makes you want a game - Jungle Adventure (where you make your way thru a jungle) In pic #7, is that a specific foliage? ;-p