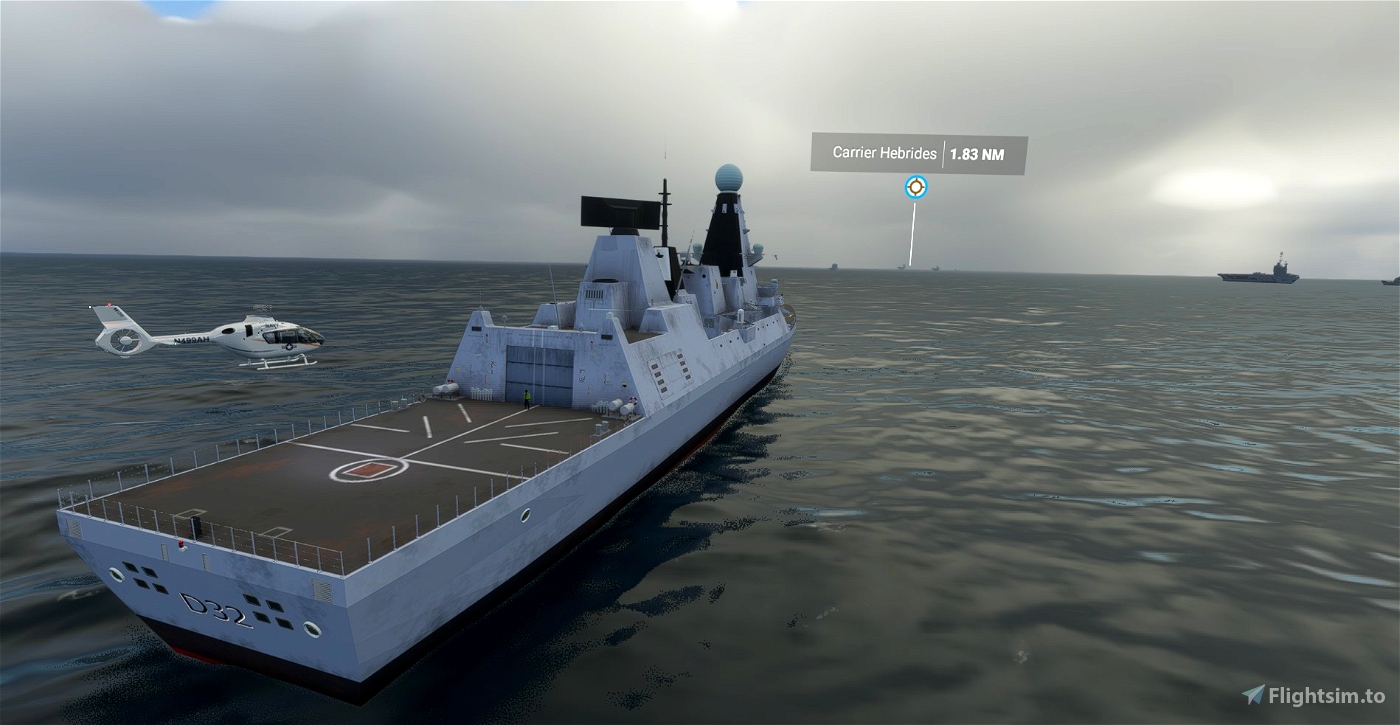 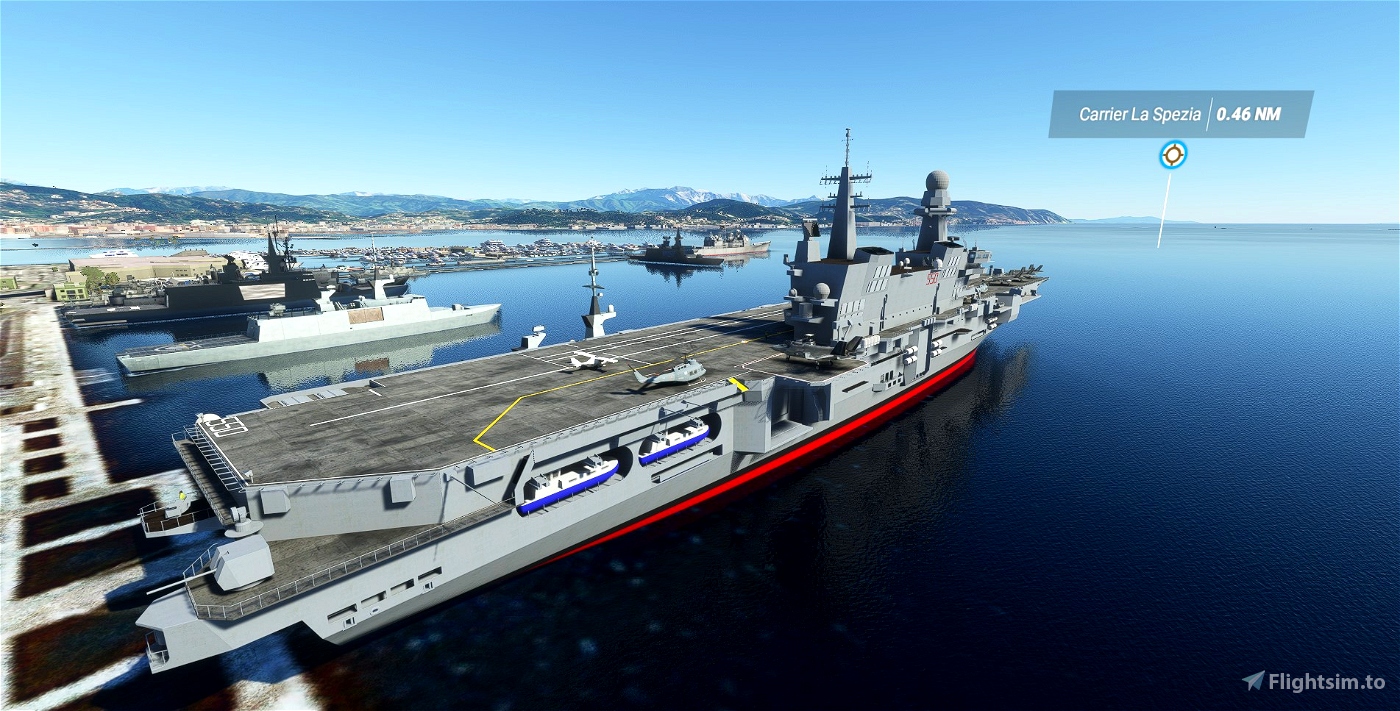 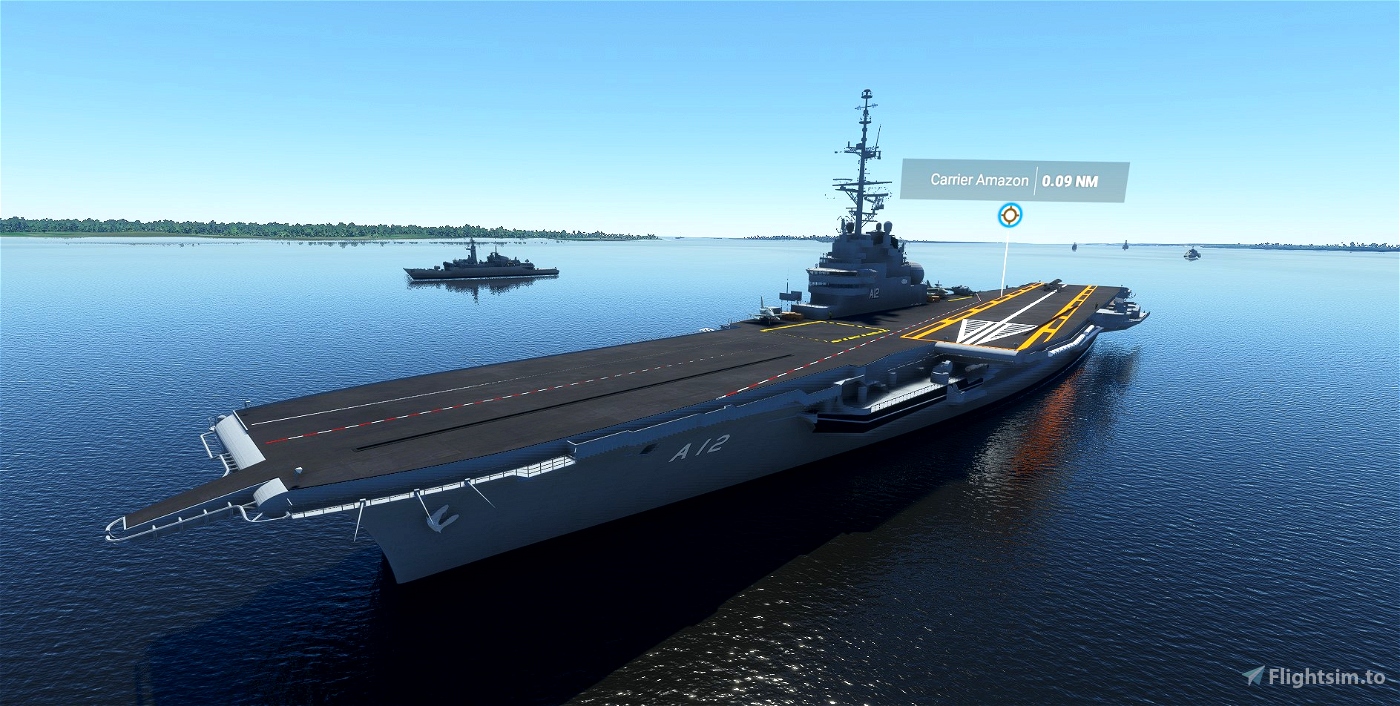 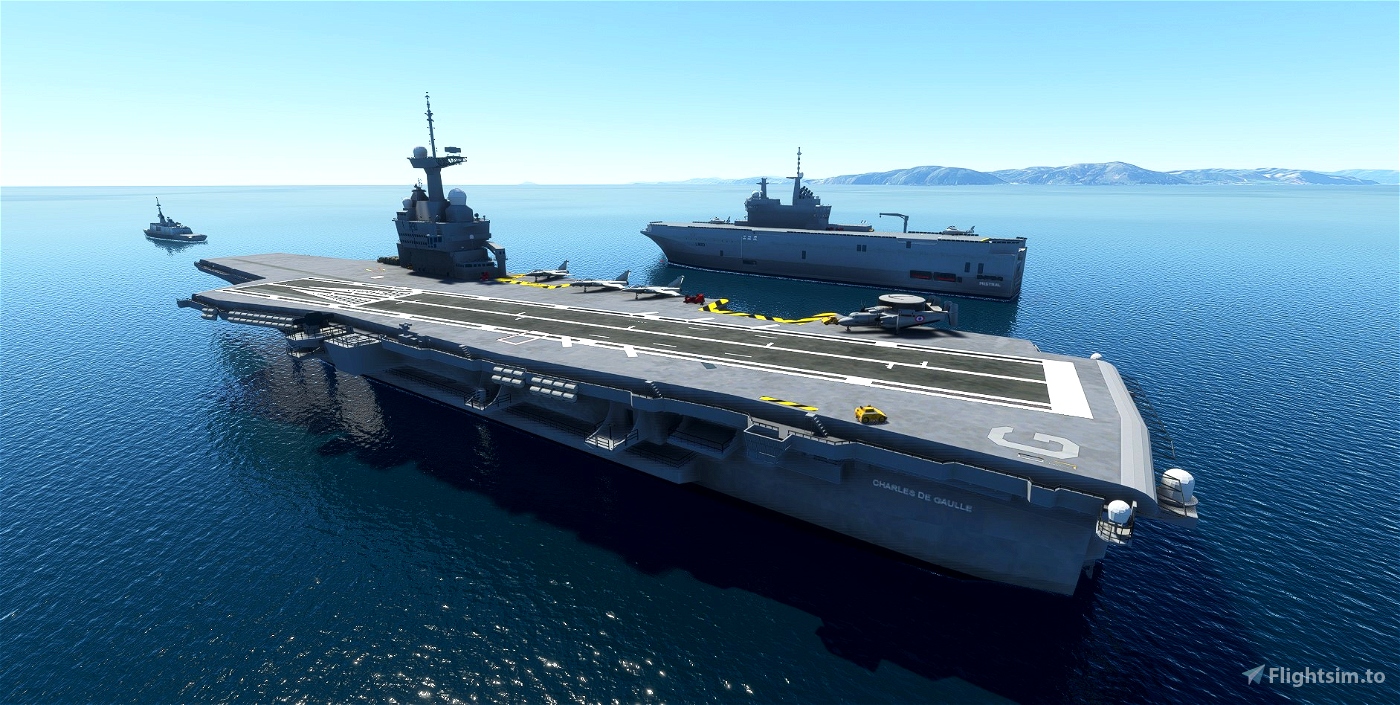 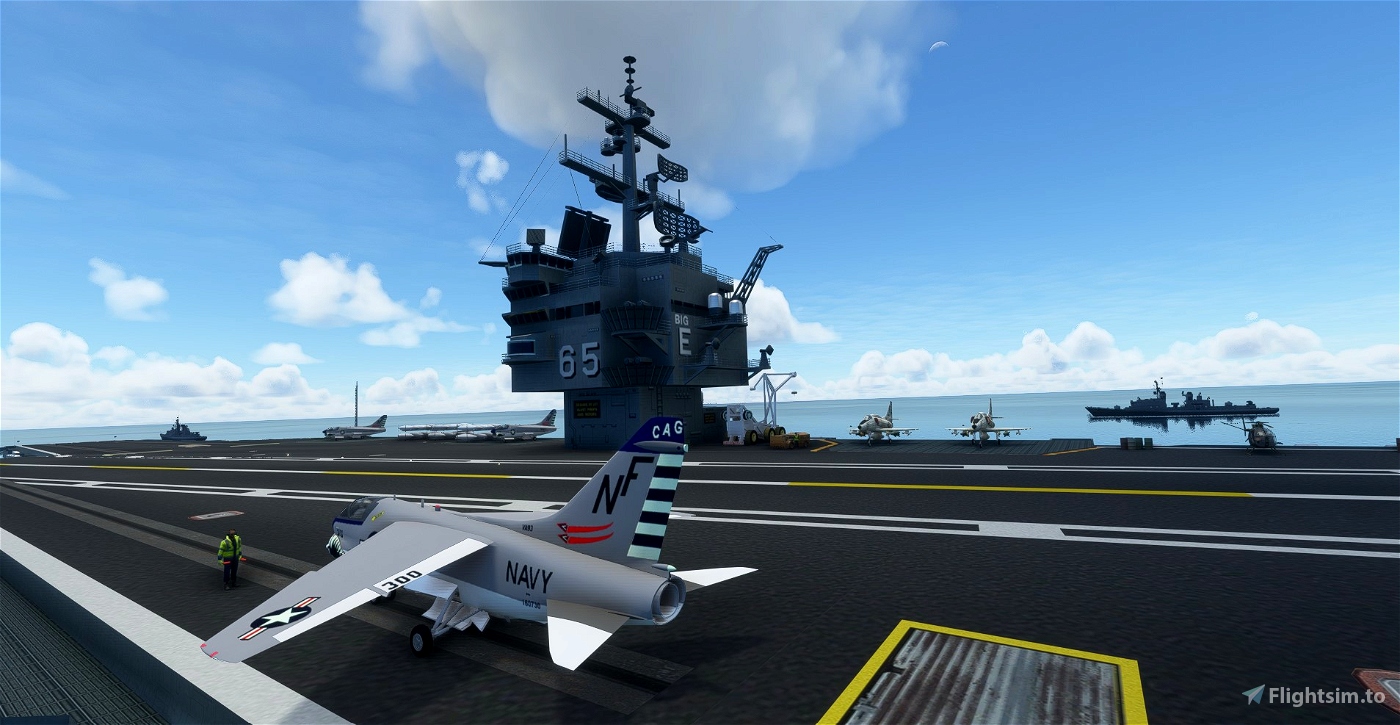 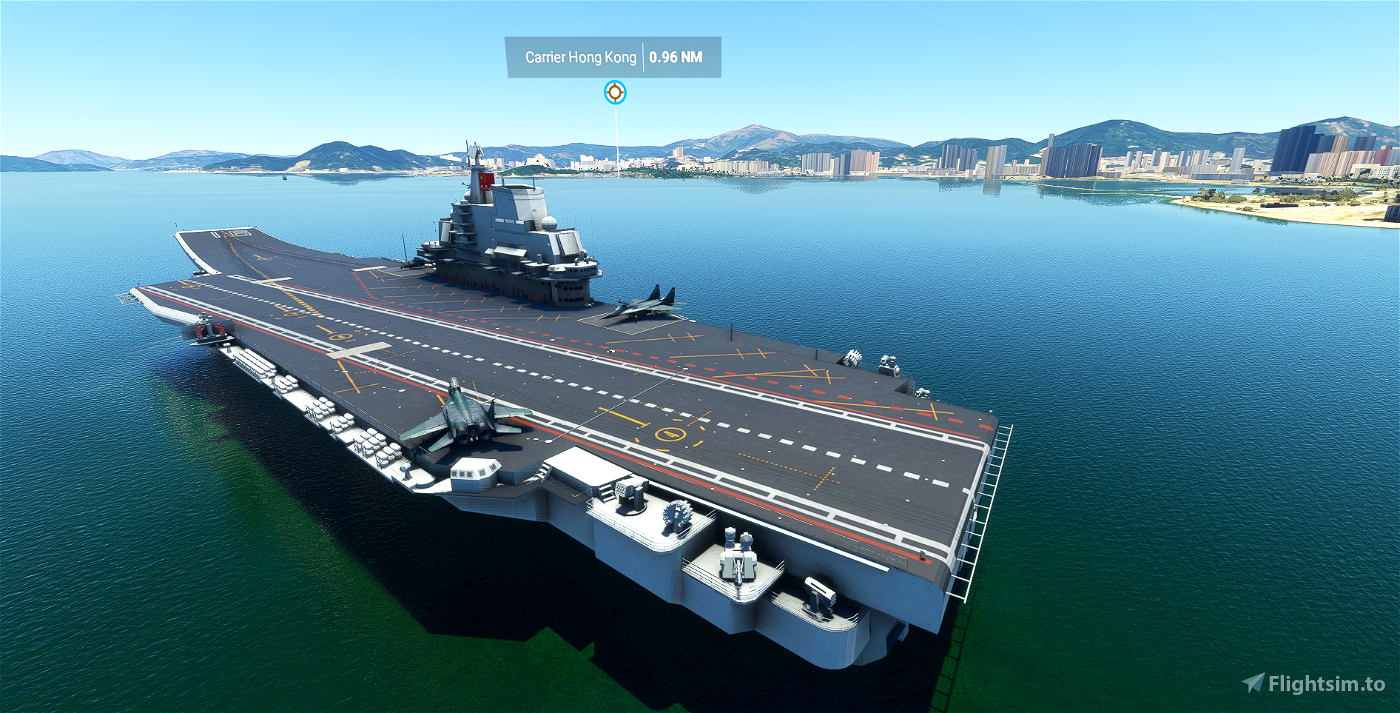 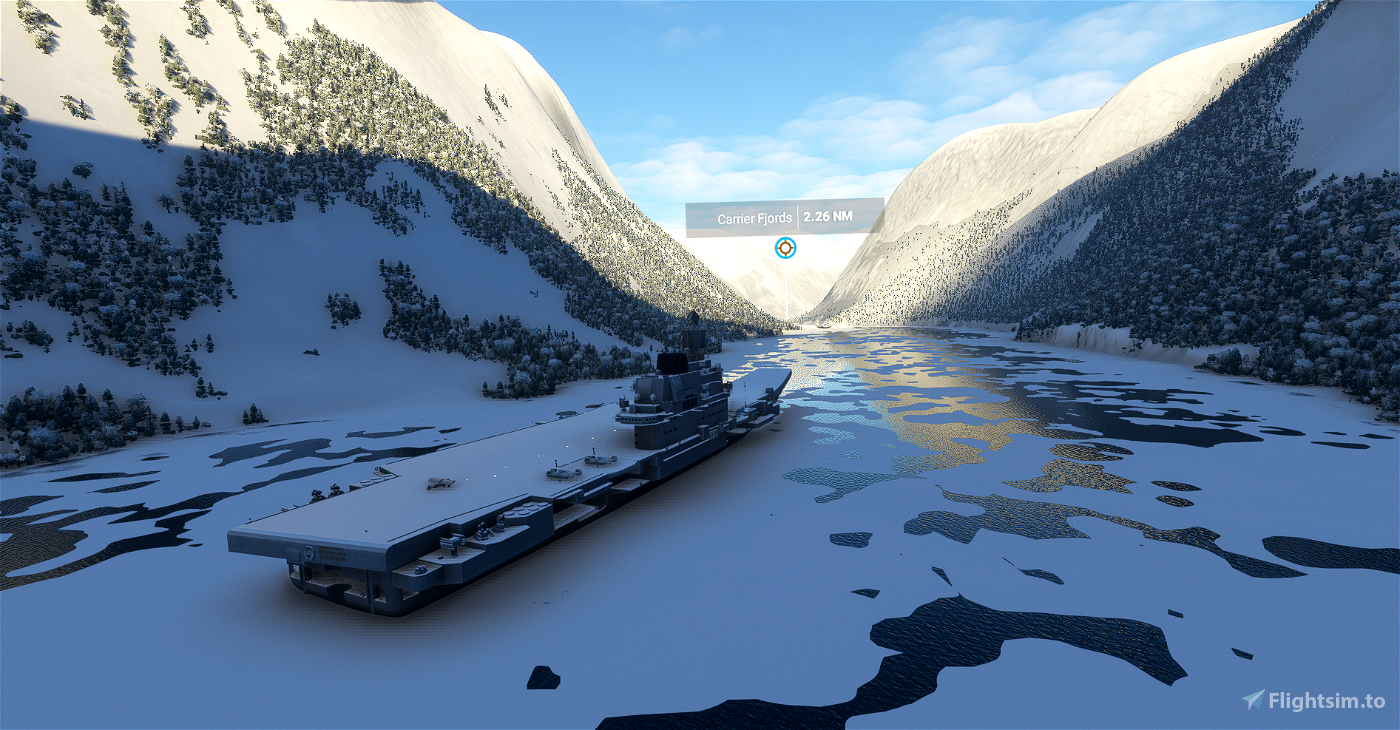 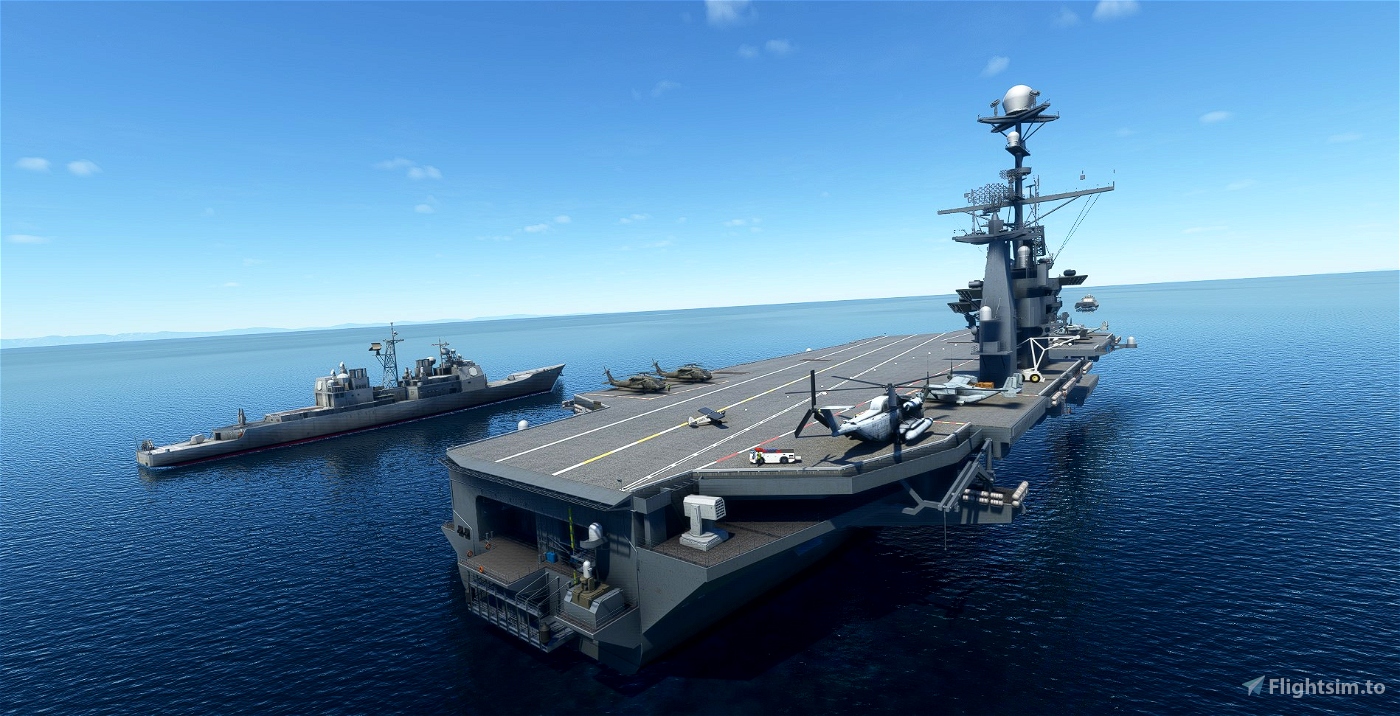 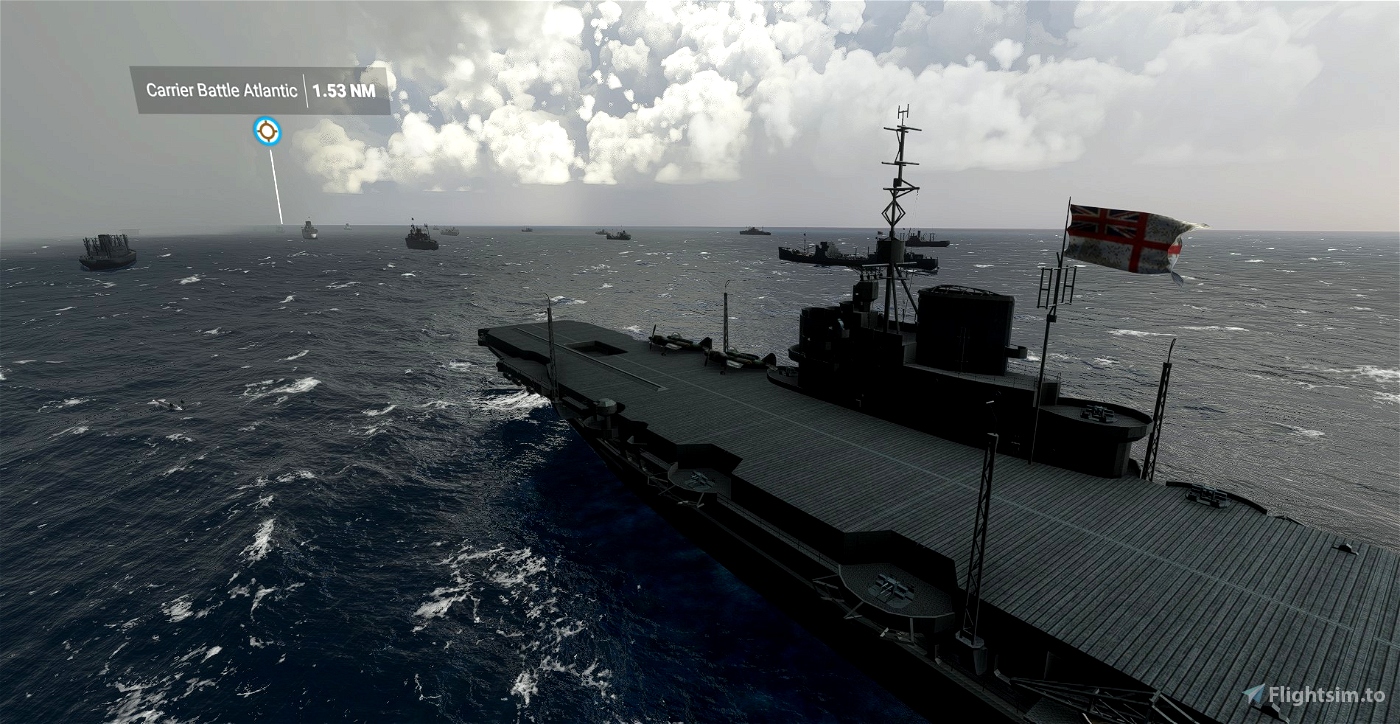 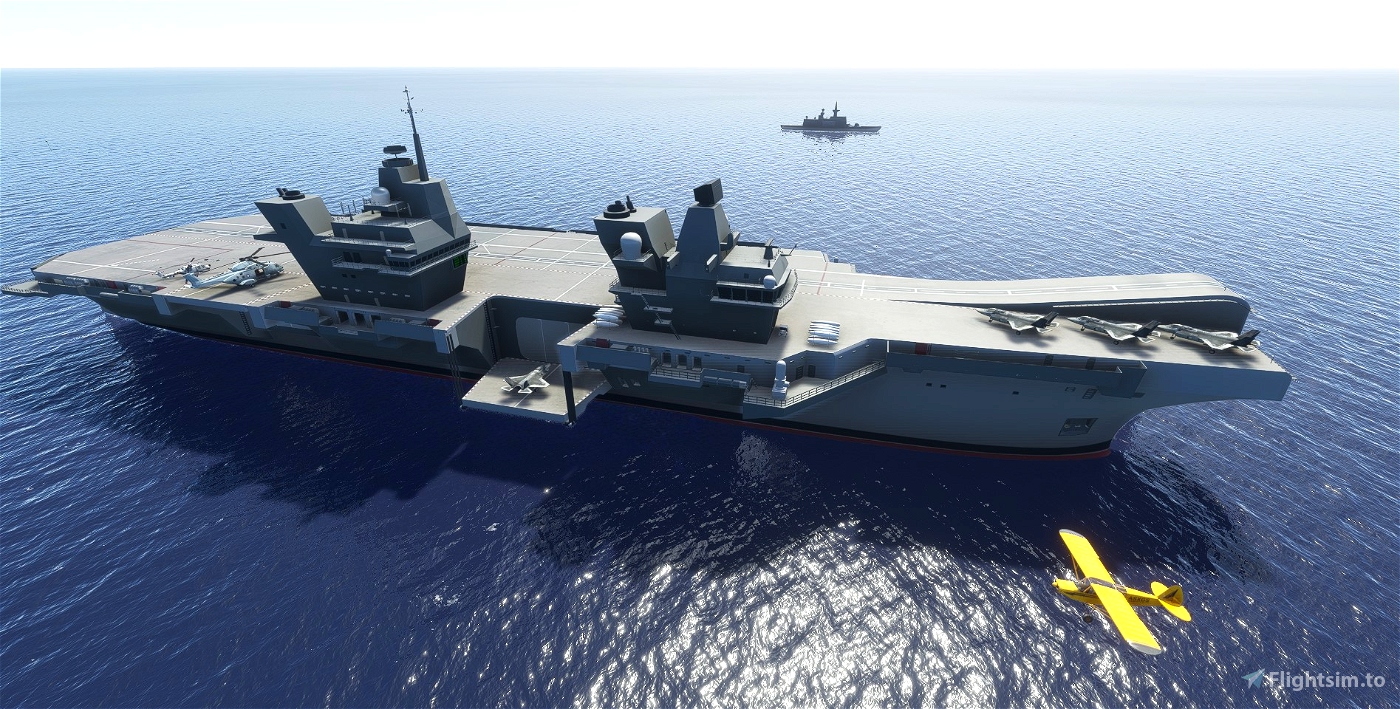 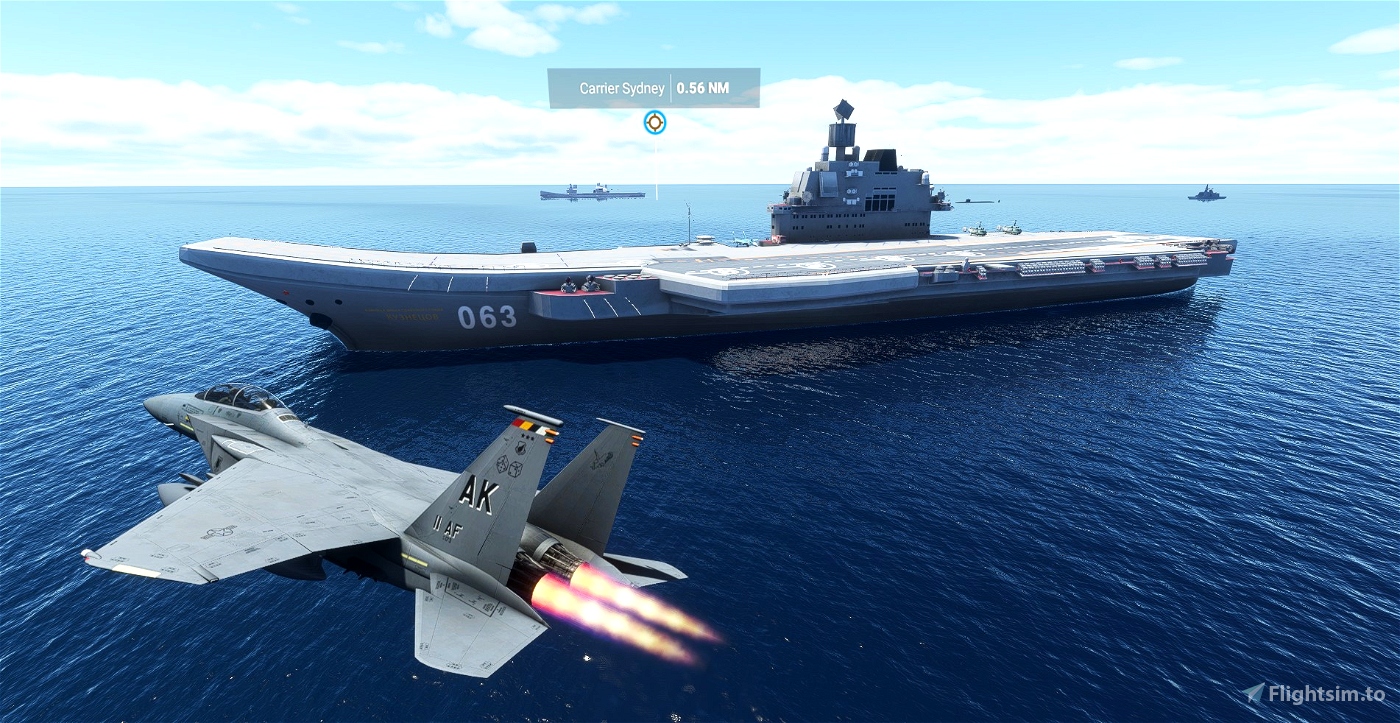 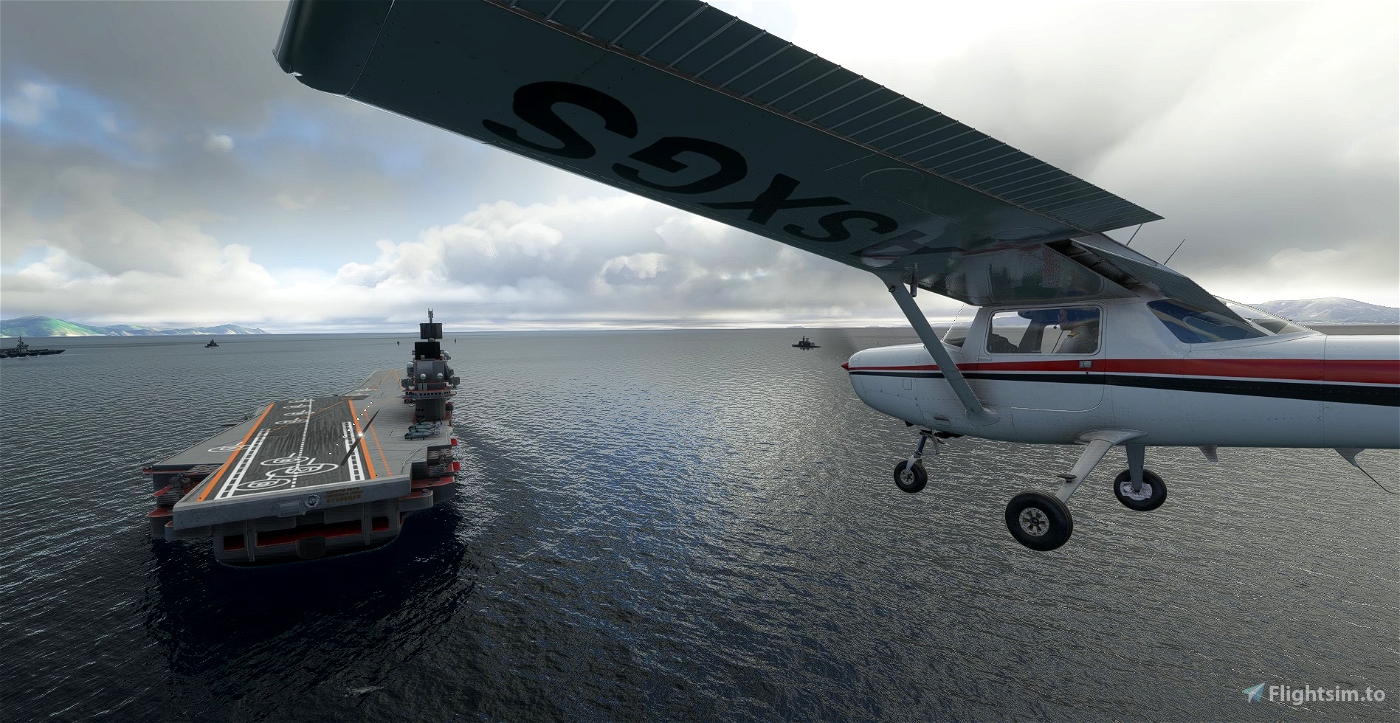 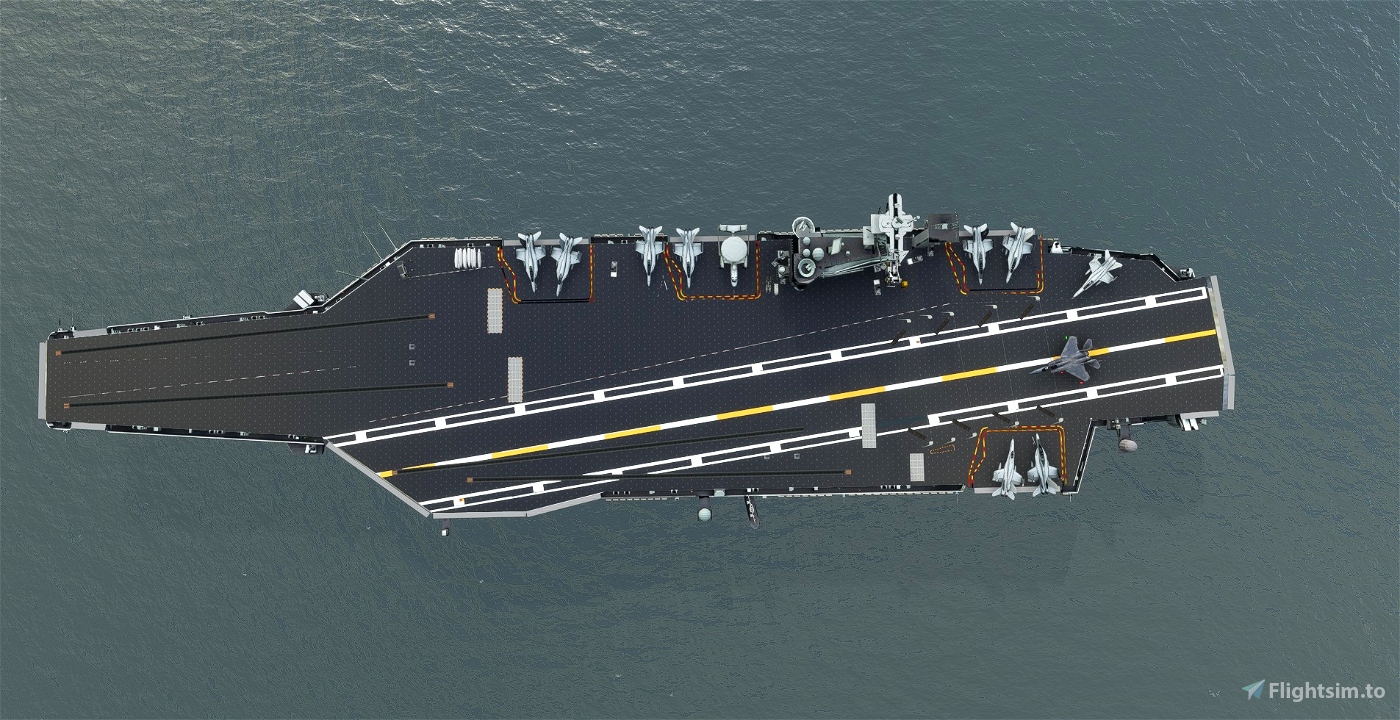 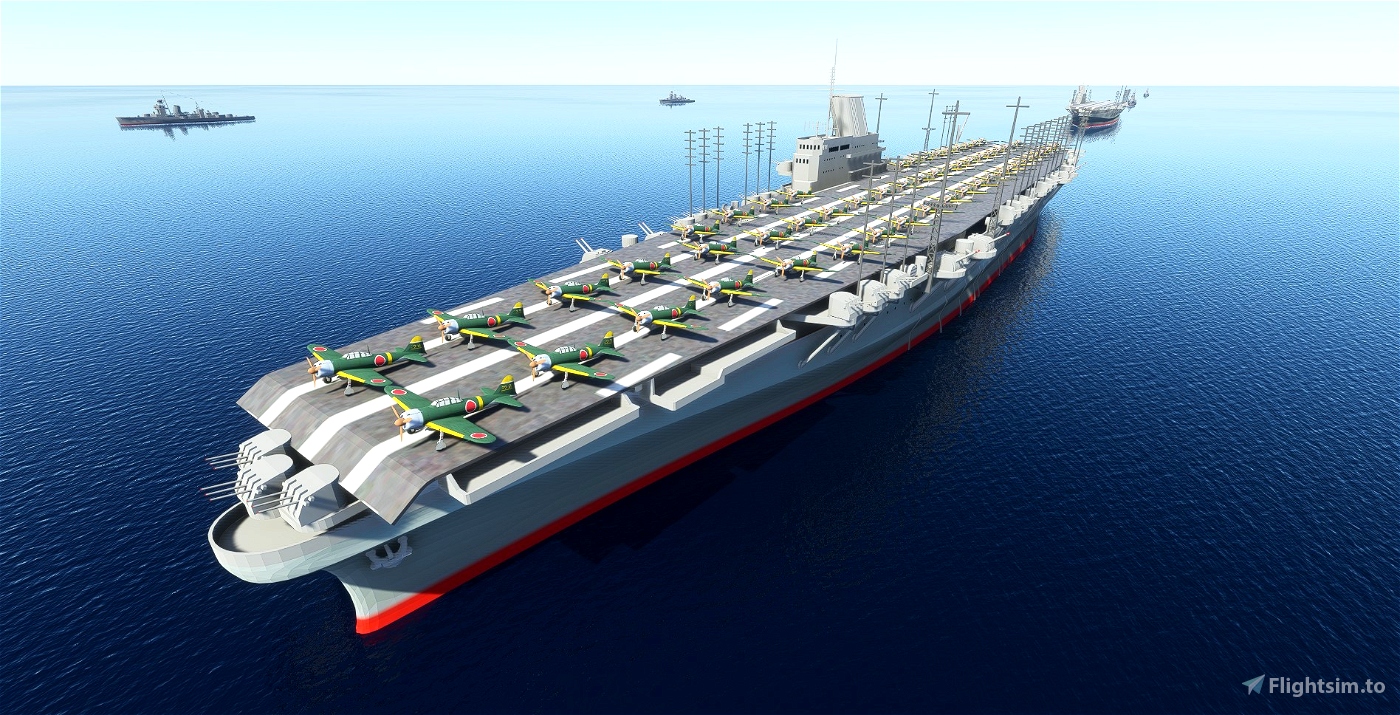 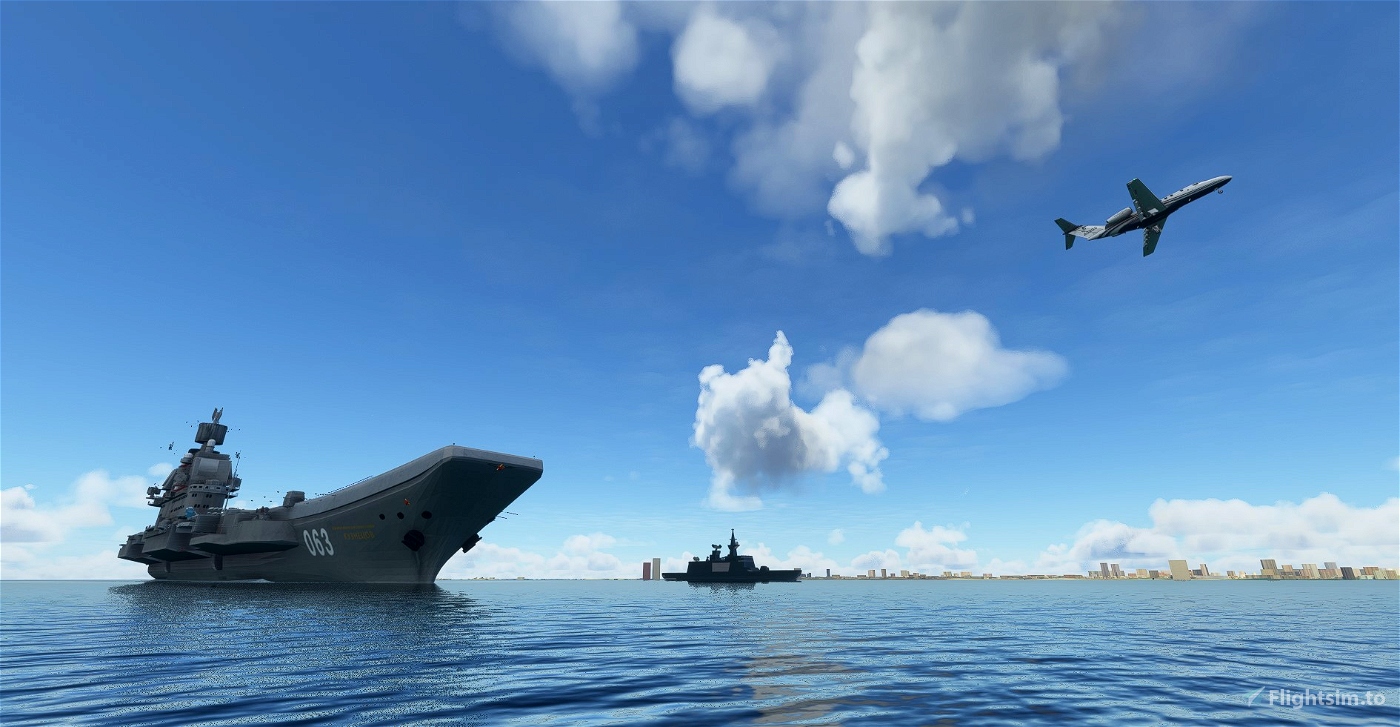 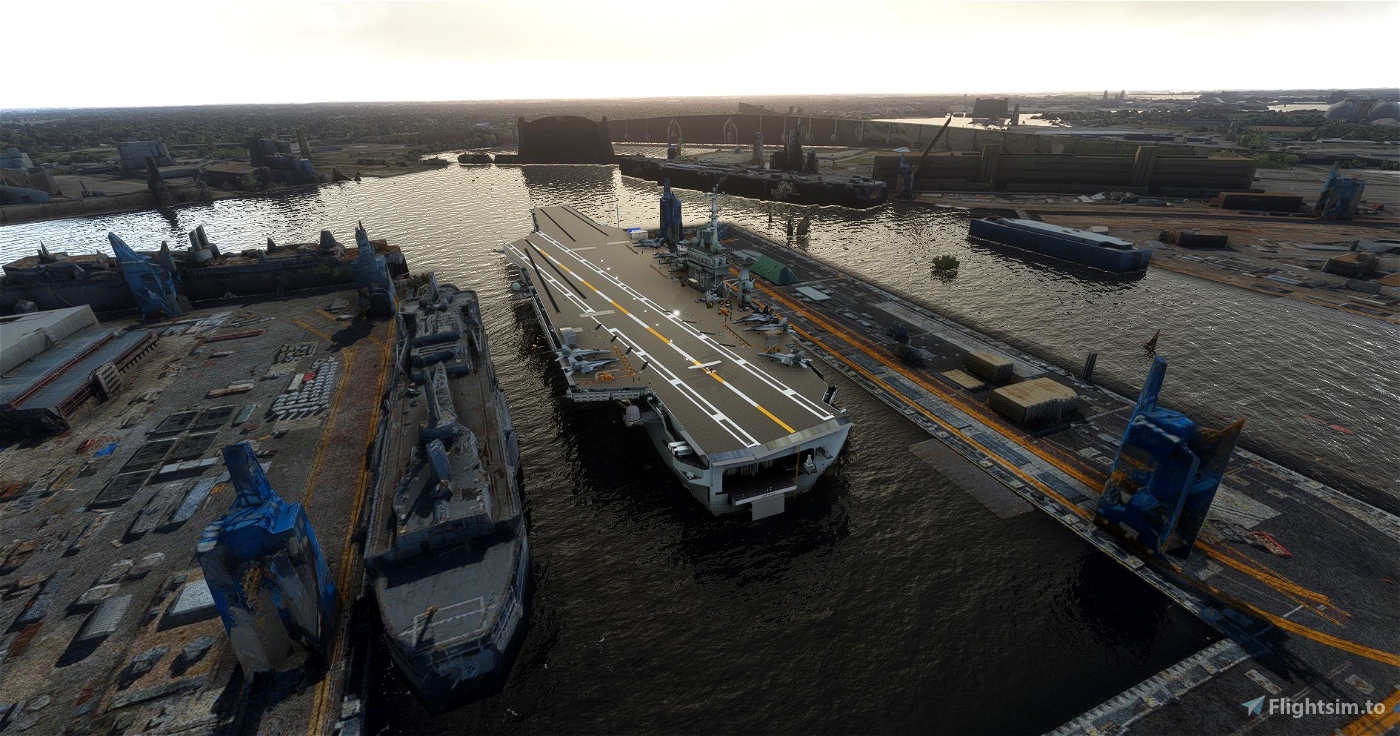 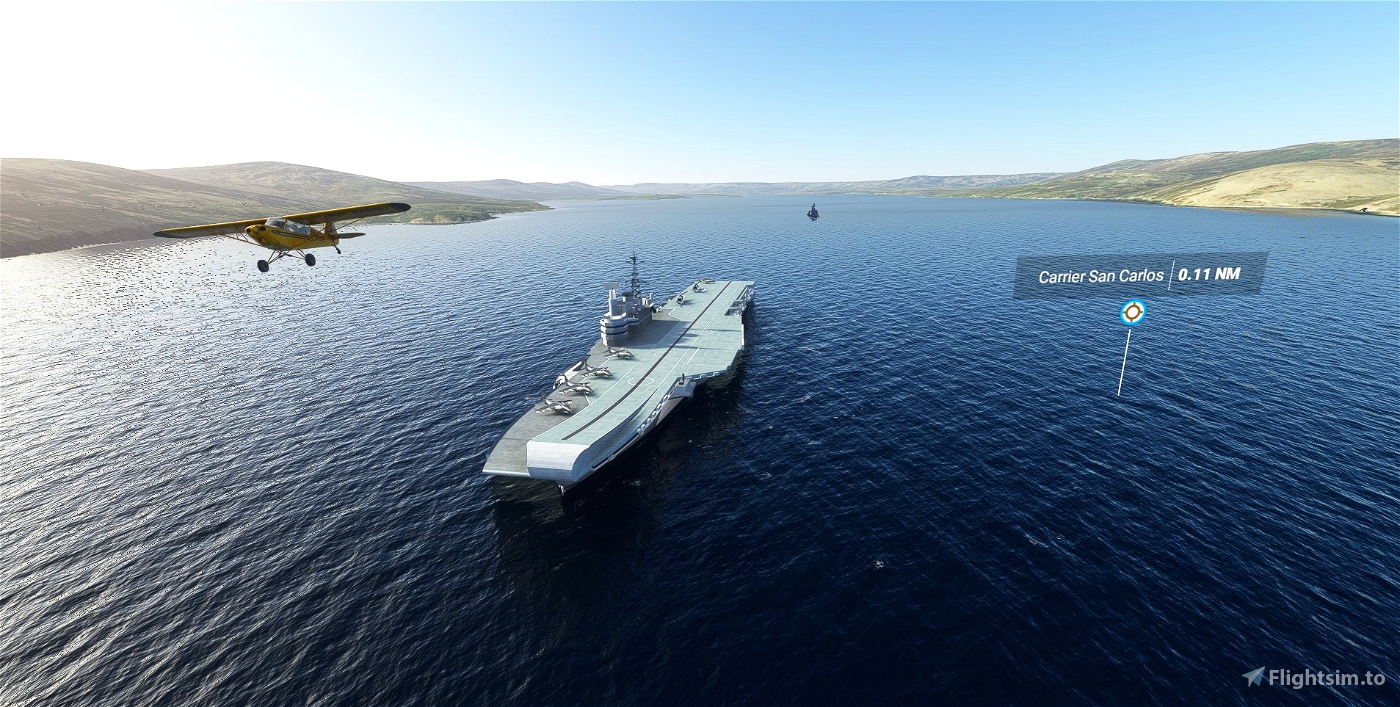 I've also stuck a non startable but still landable version next to the photogrammetry one in San Diego for some confusion.

In addition I've added a parking spot to almost all runways if you want to start yourself and do your checklists and stuff. They're very close to the runway start so you'll need to hover your mouse to choose it.

The Charles de Gaulle and the newer supercarrier now have catapult rails on the decks where there wasn't much before.

The Charles de Gaulle has also been added to ACLS La Spezia and ACSM Sicily if you find the Cavour eats your plane. I still can't figure that one out.

It's  aircraft carrier time. This is a carrier group placed in locations around the world.

For proper carrier operations there is a freeware third party program that will give you arrestor and catapult functions at the link below. It works great.

These carriers are nothing more than lumps of terraformed and dried out sea with a model on top. The irritations are down to making them usable airports that'll show up in the map. A dumb surface to land on would look better and be easier to do but would be less usable.

You need to turn off crashes to use these.

For helicopter fans every single ship, carrier or not, has landable helipads but I may have forgotten a few.

There are three different carriers in most locations, some have more. There's a readme file in the main folder with a bit more info.

To make things clearer each ship has the same runway number at each location. If the ships are different the runway numbers start with 04 onwards.

Runway 02 - A Nimitez-esque carrier at around 340 metres.

Why would Russians be trundling around with Americans and Brits? Kaiju of course.

Runway 10 - Is a helipad on a non carrier such as a frigate or replenishment ship. If there's a helipad on any other ship you can land on it, but this is one you can spawn on.

ATC is present. ILS appears in the guts of the file but probably doesn't work. It never does for me. I really need to figure that one out.

There is no pushback and no fuel apart from the oceans carriers. It won't place items outside official terrain, so once you're parked up you might be there for good if you're on the large side.

With the way the runway starts are placed if you're in an airliner you may well be sunk before you start. I'll try to fine tune their location.

Certain planes such as the Cessna Citation and, very annoyingly, the T45 Goshawk can't handle the transition from the solidified surface to the air without 'catching' on something and plunging to the ground with certain ships, ones with ramps as far as I can tell. I'm trying to solve this but the Chinese carriers don't seem to have this problem so one will replace the Kuznetsov in the next update.

These seem to often run a bit choppily for me. This actually starts before I even install a model so there's something going on with the sim either with open water or terraforming in it. Not sure why.

Most of the models do have a hard surface to land on, but the rest of them is not a collision object. Making an entire model collidable is very, very hit and miss so I gave up for now.

The ATC often seems to be rather confused, can't blame them.

All locations are starred unless otherwise stated. If you don't want a world map completely filled with these there is an unstarred version which is the second download from this page. All names begin with 'carrier' so type that in the map screen and a list of them will appear.

San Diego  Close to town and the naval yard. Three carriers are landable but without runways as this is partially on photogrammetry terrain which really, really doesn't like being terraformed. ICAO - ACSD.  Coordinates -     32.652786, -117.194432

There are also three ships to find East and North East of Stanley, another HMS Hermes - how odd, HMS Invincible and the, or a, Atlantic Conveyor type thing. They are not airports but they are landable. The models and textures aren't A1. Can't be bothered to correct that right now. I would love to have stuck in a ARA 25 de Mayo and proper period escort ships but there's not much out there.

Also included is a mystery location somewhere in the correct historical vicinity of where Japan launched their attack on Pearl Harbour.

There are two carrier groups 25 miles part ish made up of three Shinano class carriers with Kagero class destroyer escorts. You can land on these but they're not airports so can't be found unless you stumble across them.

There is a mod by Aviationeh to go with this location adding ships to the area - https://flightsim.to/file/5073/isle-of-wight-solent-southampton-ships

I was so sickened by the state of the port at Hong Kong I've done an upgrade of the second carrier's surrounds here - https://flightsim.to/file/8424/port-of-hong-kong-upgrade 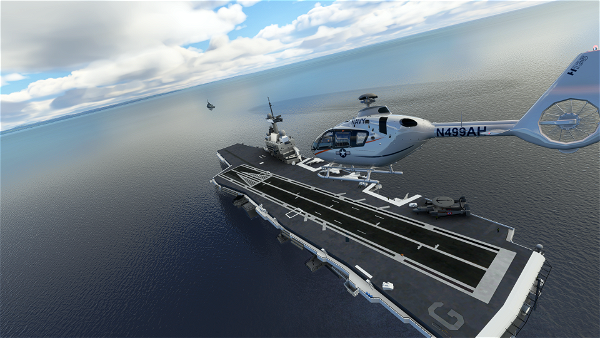 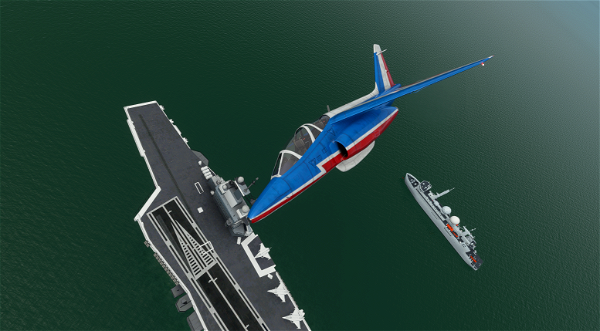 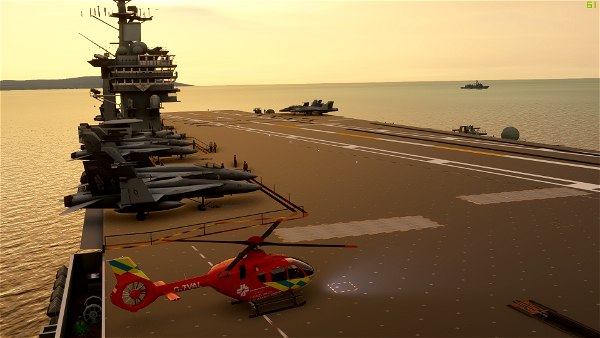