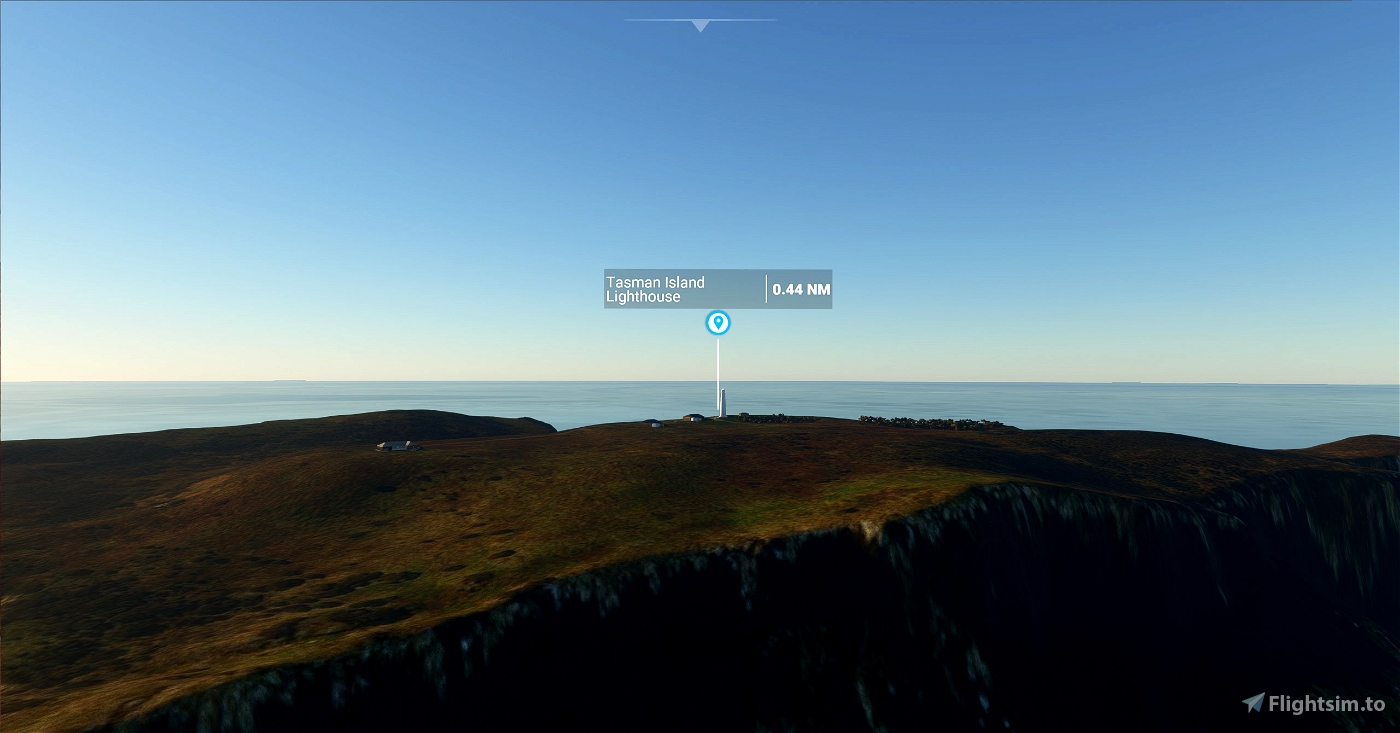 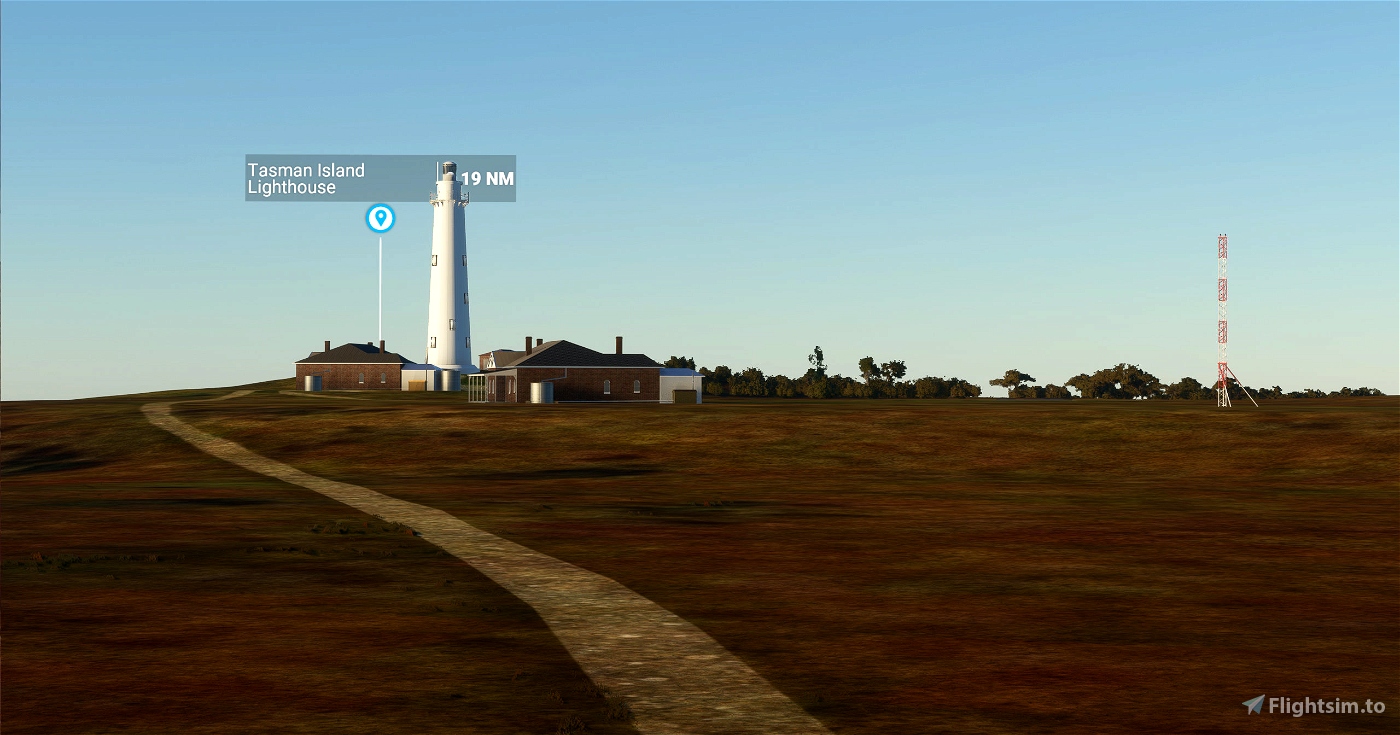 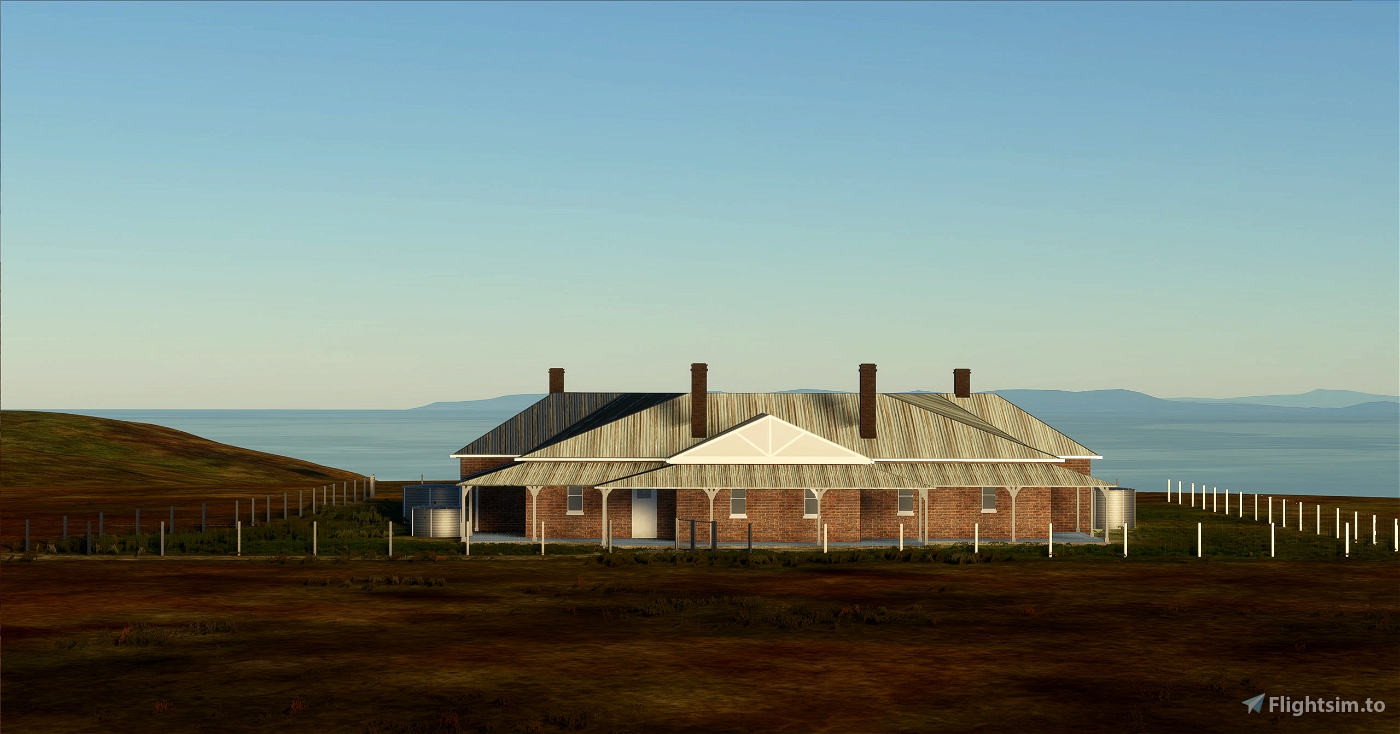 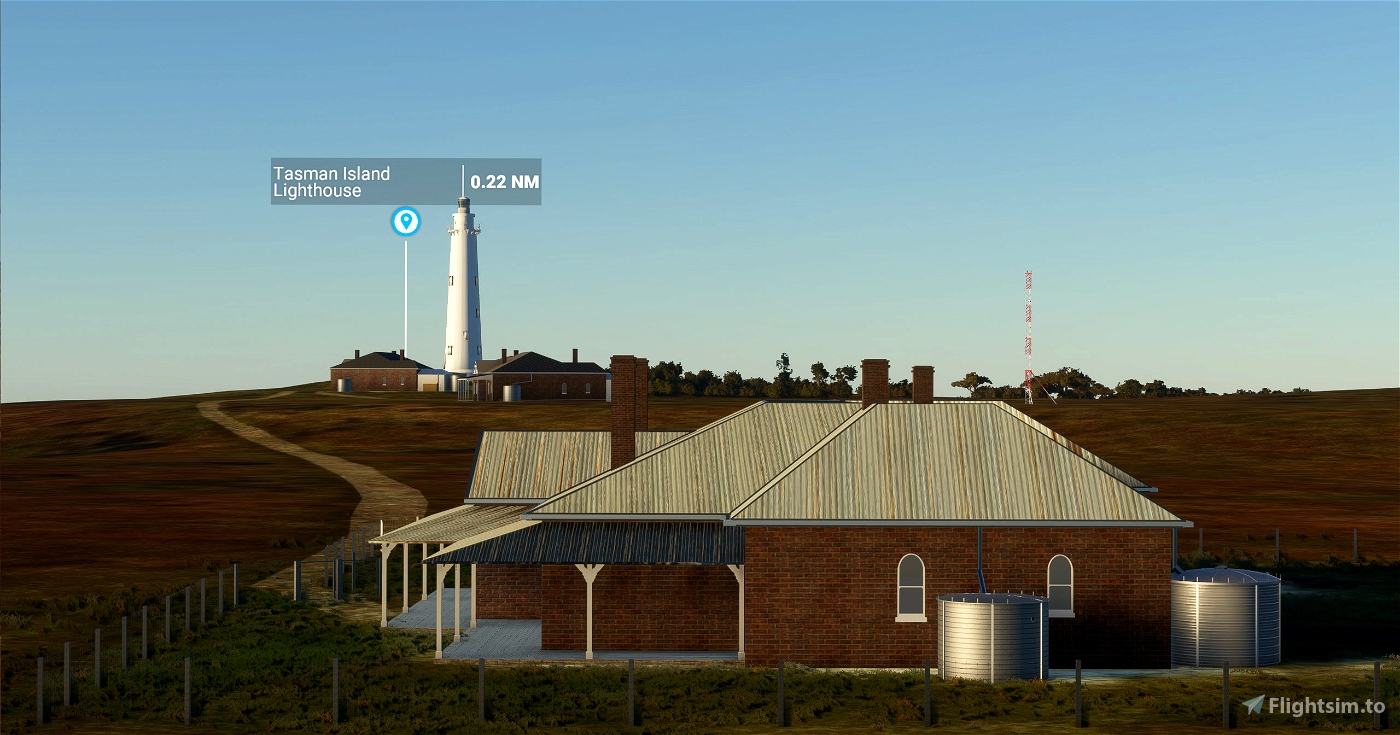 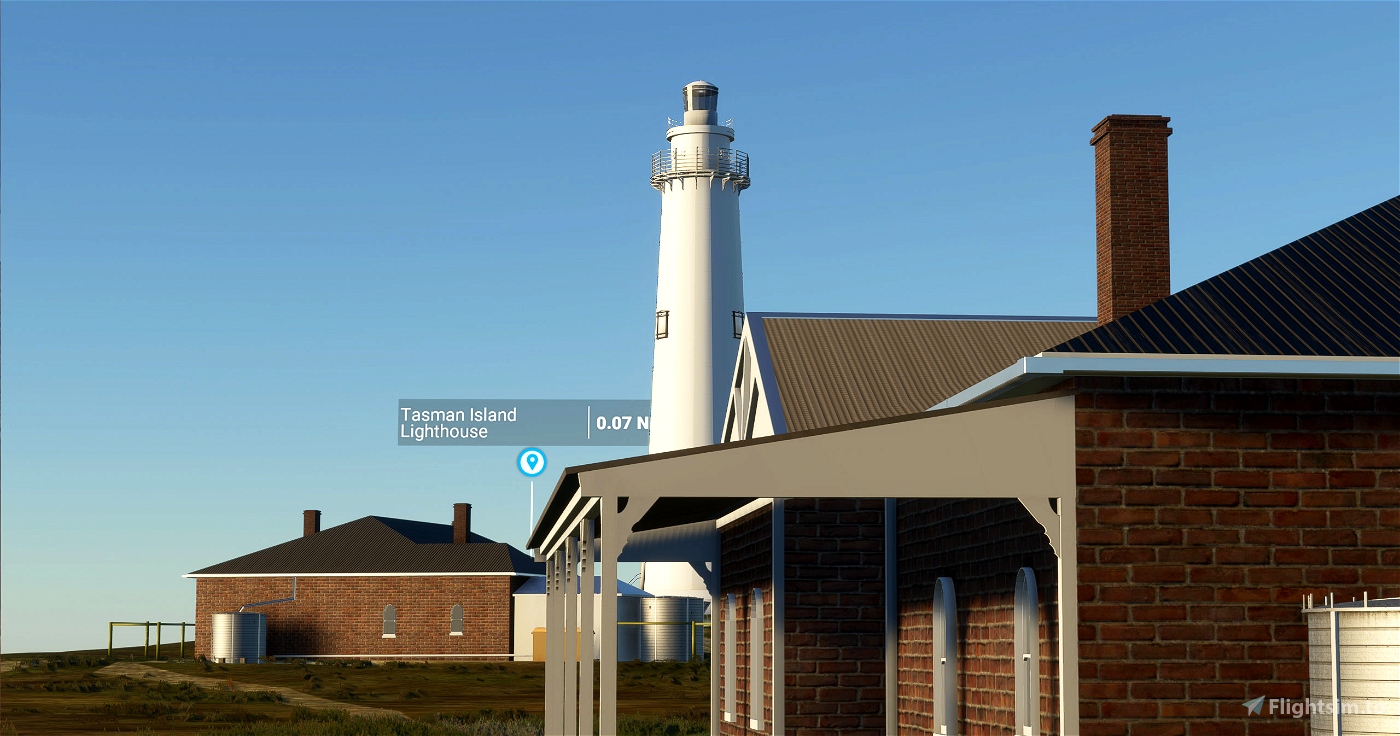 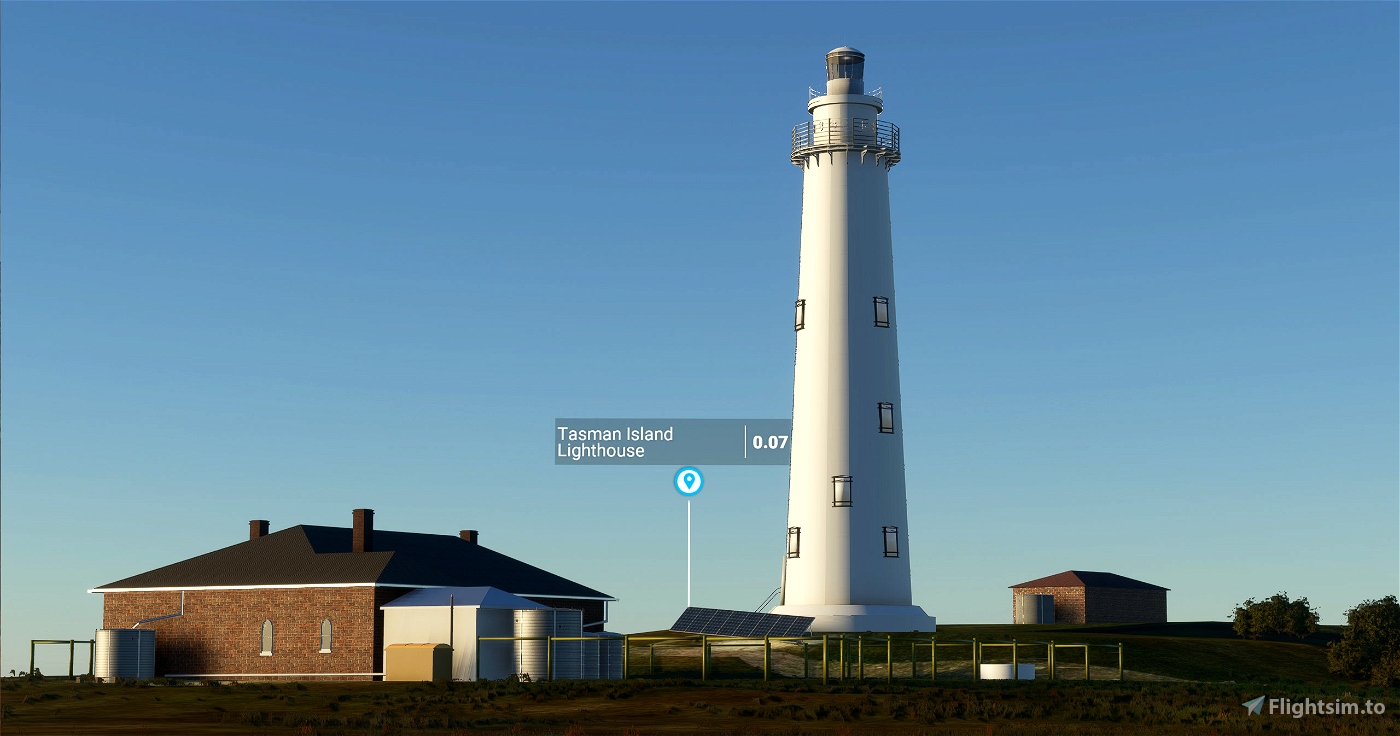 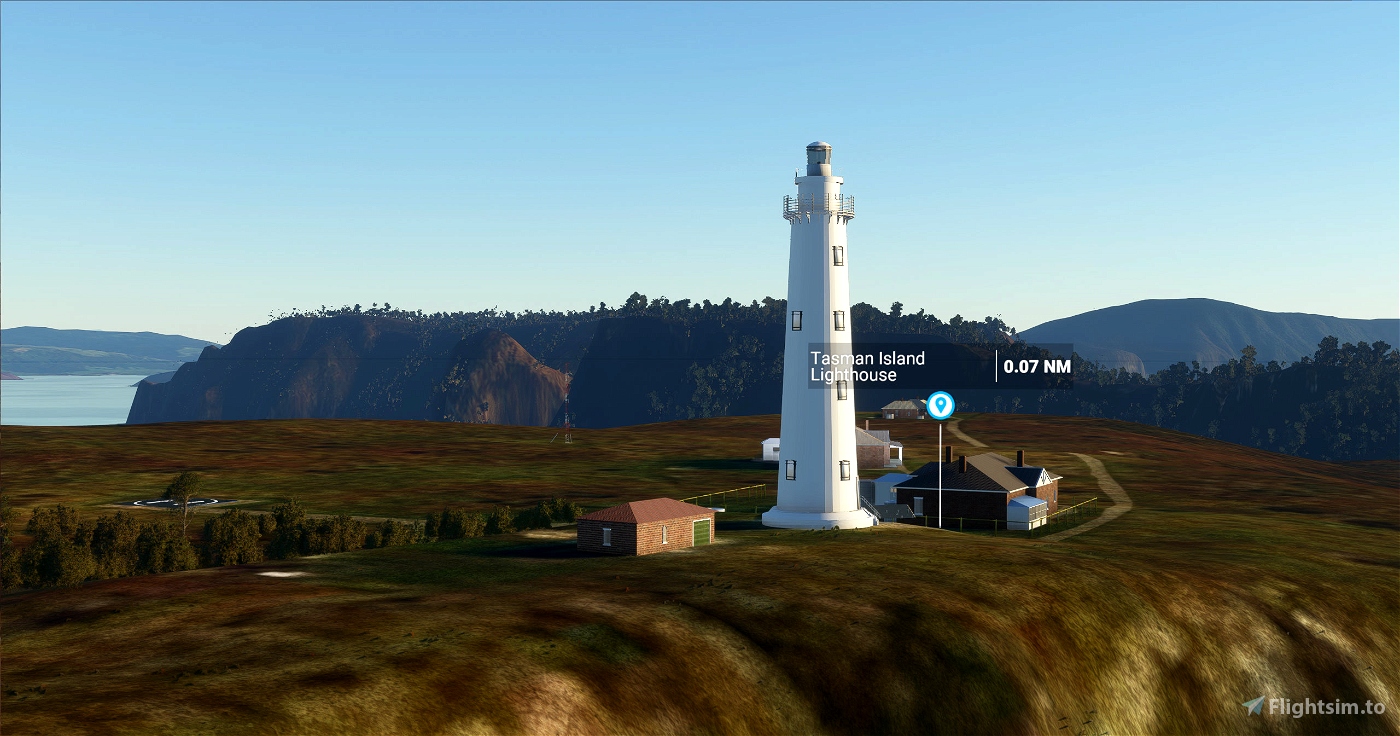 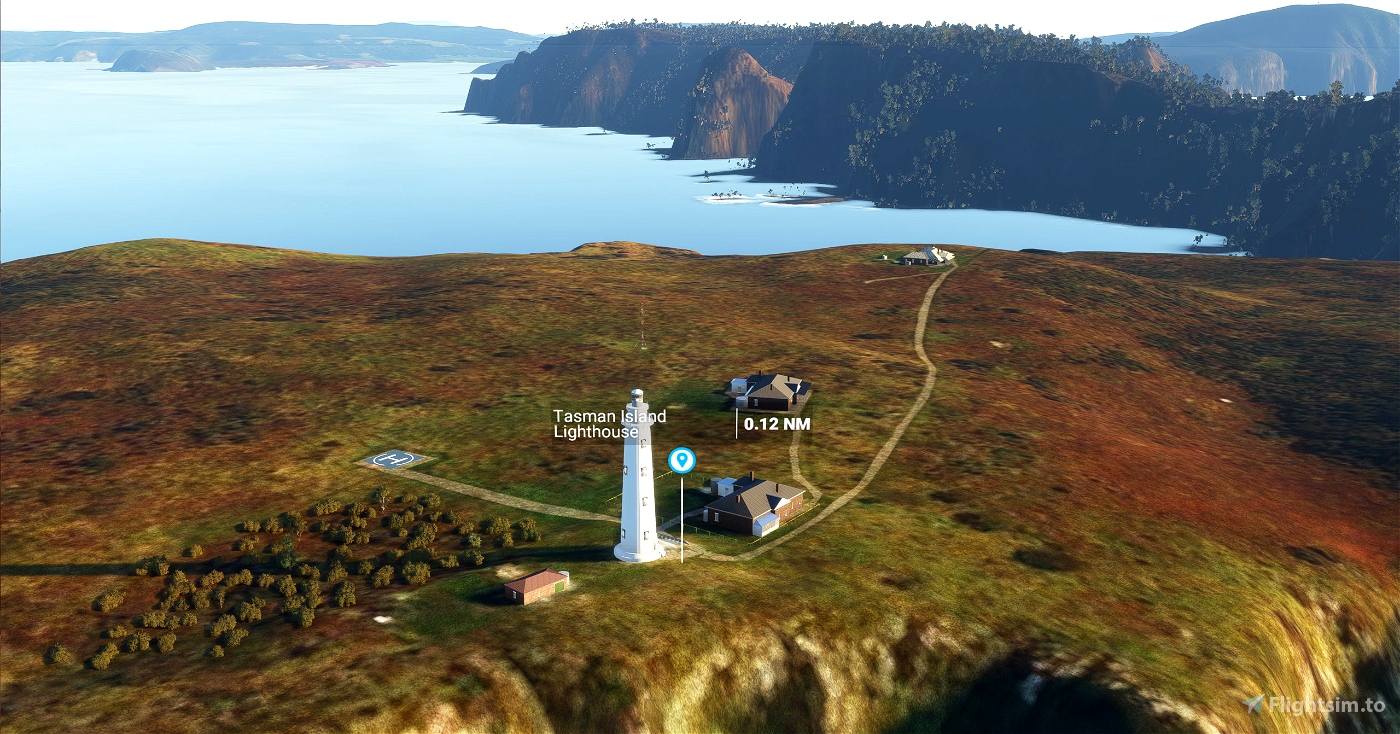 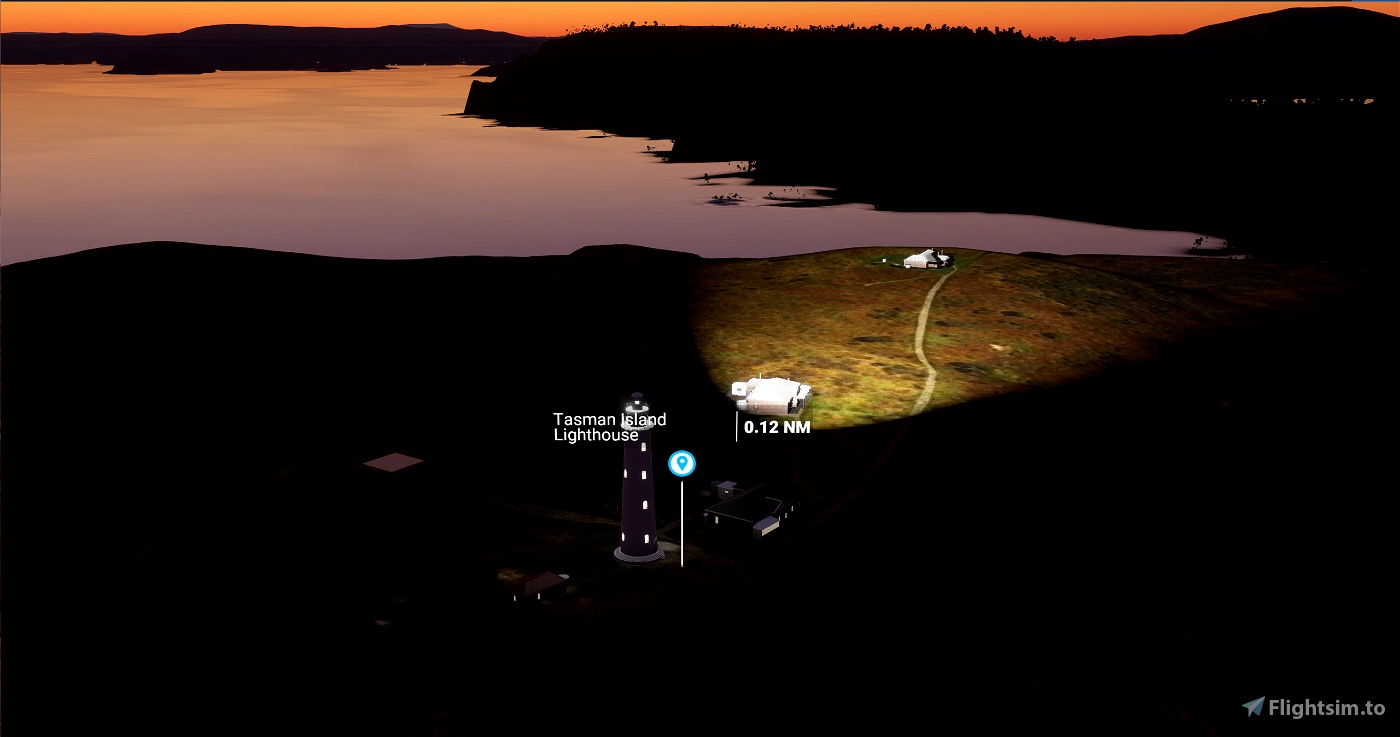 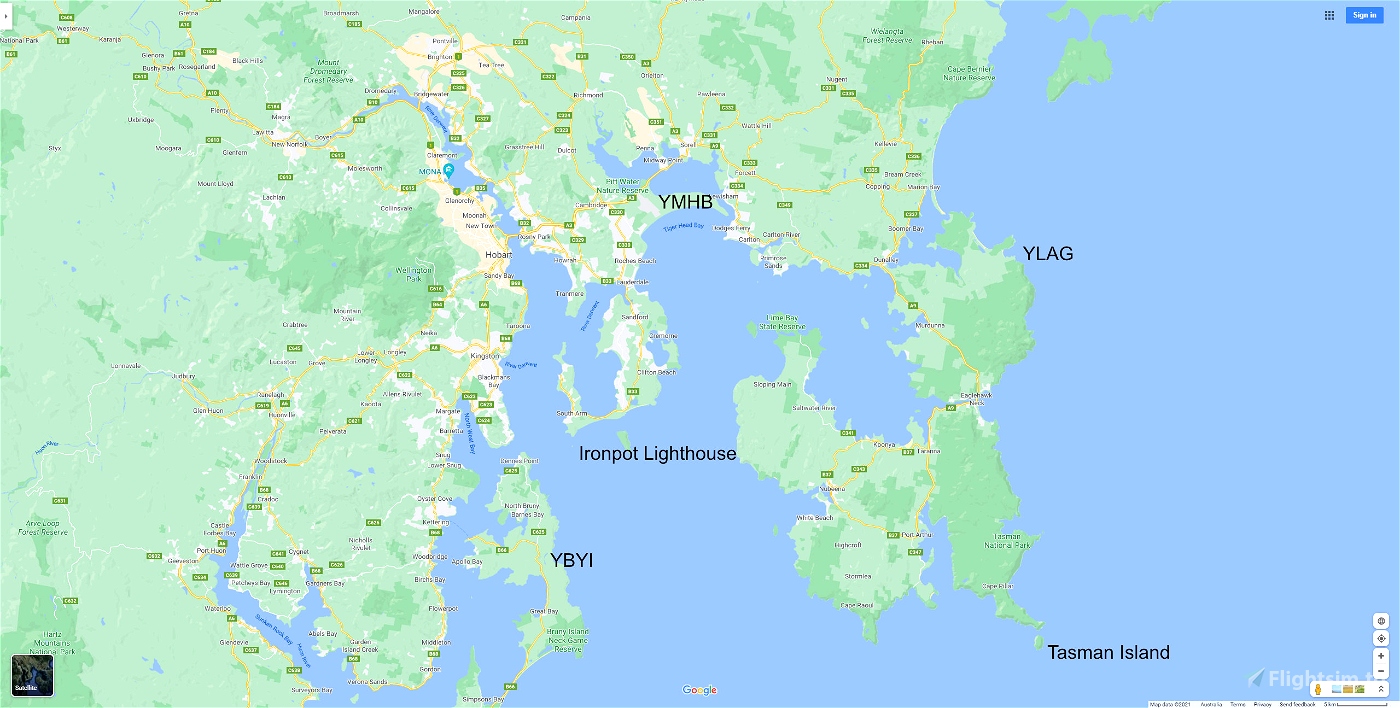 Tasman Island Lighthouse
Tasman Island lighthouse in south eastern Tasmania is the highest operating lighthouse in Australia and marks the second last turning point for yachts in the Sydney-Hobart yacht race (the Ironpot Light at the mouth of the Derwent River being the last). The island is separated from nearby Cape Pillar by the narrow Tasman Passage, which is less than 500 metres wide. Tasman Island is only accessible by air or sea and is dominated by the 250 mt sheer cliffs.

In 1904 a prefabricated cast-iron tower and 1st Order lens, manufactured by Chance Brothers of Birmingham, was shipped out from England. The heavy cast-iron plates, each weighing up to 13 cwt, took up to eight hours to reach the construction site. They were then bolted together and positioned on a concrete base. Three keeper’s cottages (No1 furthest from the light and No3 closest) were built of solid brick, with sheds for wood and coal under the same roof for protection from the wild weather. The total cost of construction was about £22,000, a considerable sum in those days.

About the File
All items in this POI have been modelled by me from available photos using Blender. I have taken a few liberties, as the whole site over the years had fallen into some disrepare and has slowly been restored by volunteers. My models make it look livable :)

V1.1.1 - Added the remaining missing textures that prevented some scenery (fences) from displaying if you only have this package of mine. (Sorry!)

I also want to thank you for your sdk guide.

It was a game changer!!

Very impressive with lots of detail on the house which probably would not be noticed from the cockpit when on the Helipad. I am very impressed especially as you only started using Blender recently. I look forward to whatever you create in the future.

Thanks for the praise! I often thought is anyone going to zoom close but I’m the sort of person that thinks if you’re going to do it then do it properly. There’s some issues if you drone inside but it’ll keep the wind out!

Very Nice and chance you could do the Byron Bay light house in New south Wales Australia, even to just wack this one where it should be

I initially wanted to focus on Tasmania, learn Blender, fix airports and now I'm somehow fixated with the Lighthouses... and I'm not even flying anymore 😞

I'll take a look but no promises!

LOL thanks, its pretty complicated making the scenery harder than flying