Béziers: Arènes, cathédrale and other landmarks 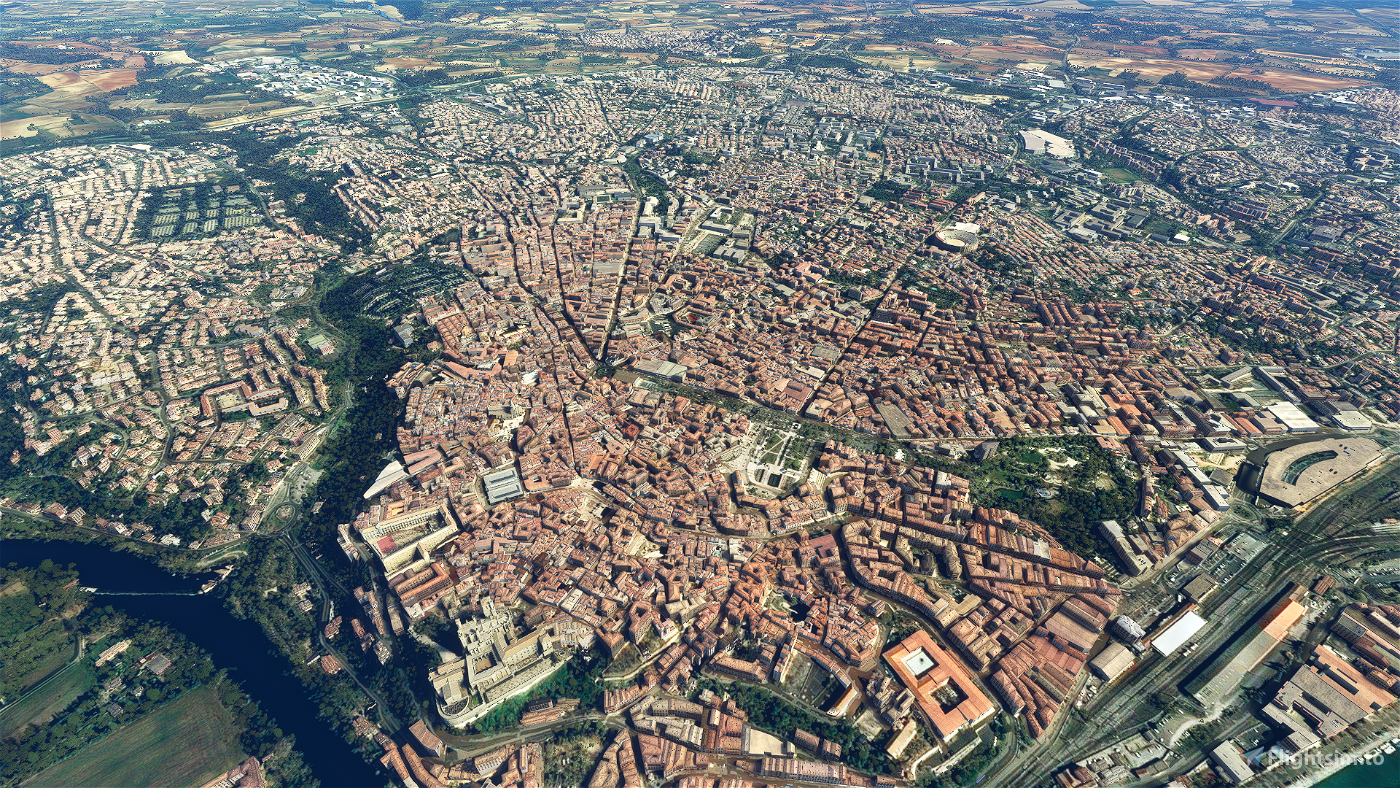 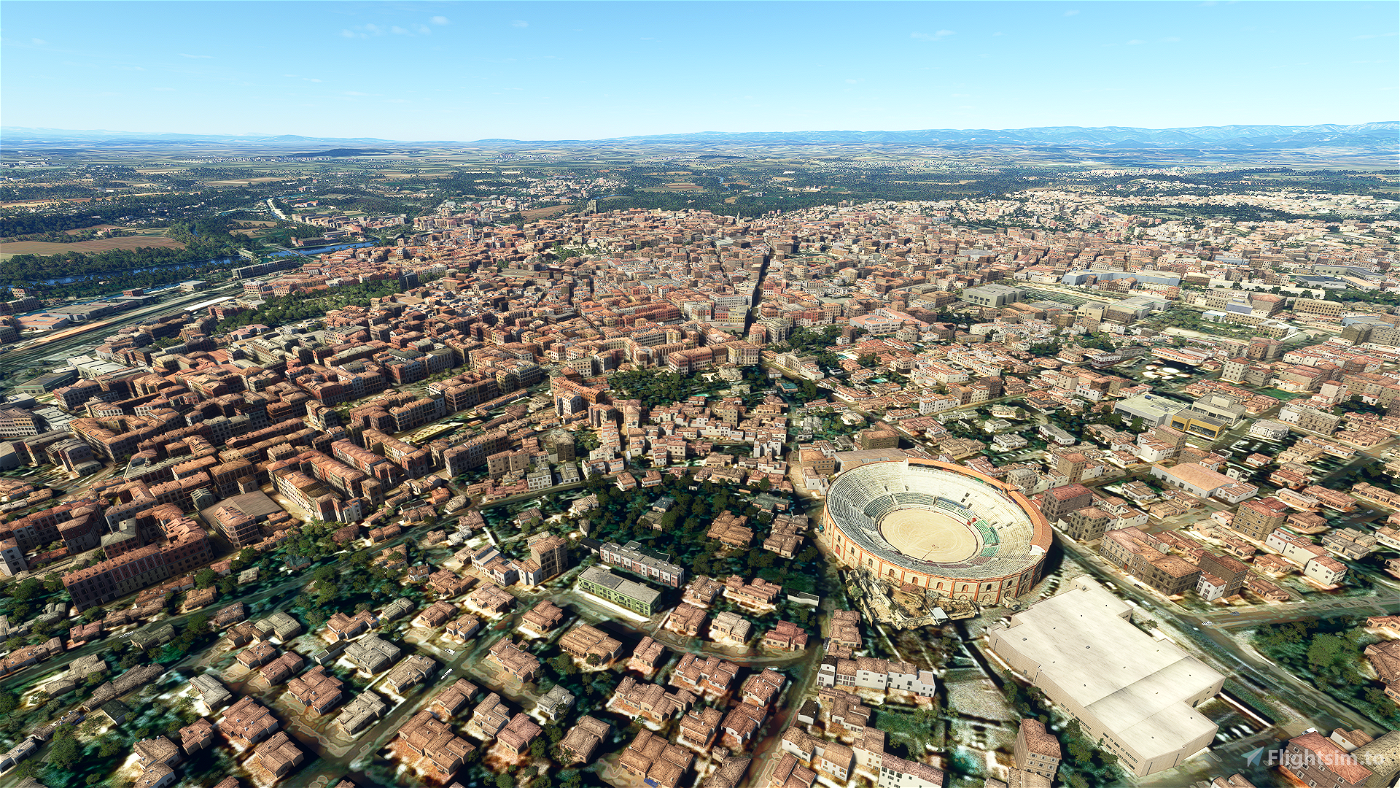 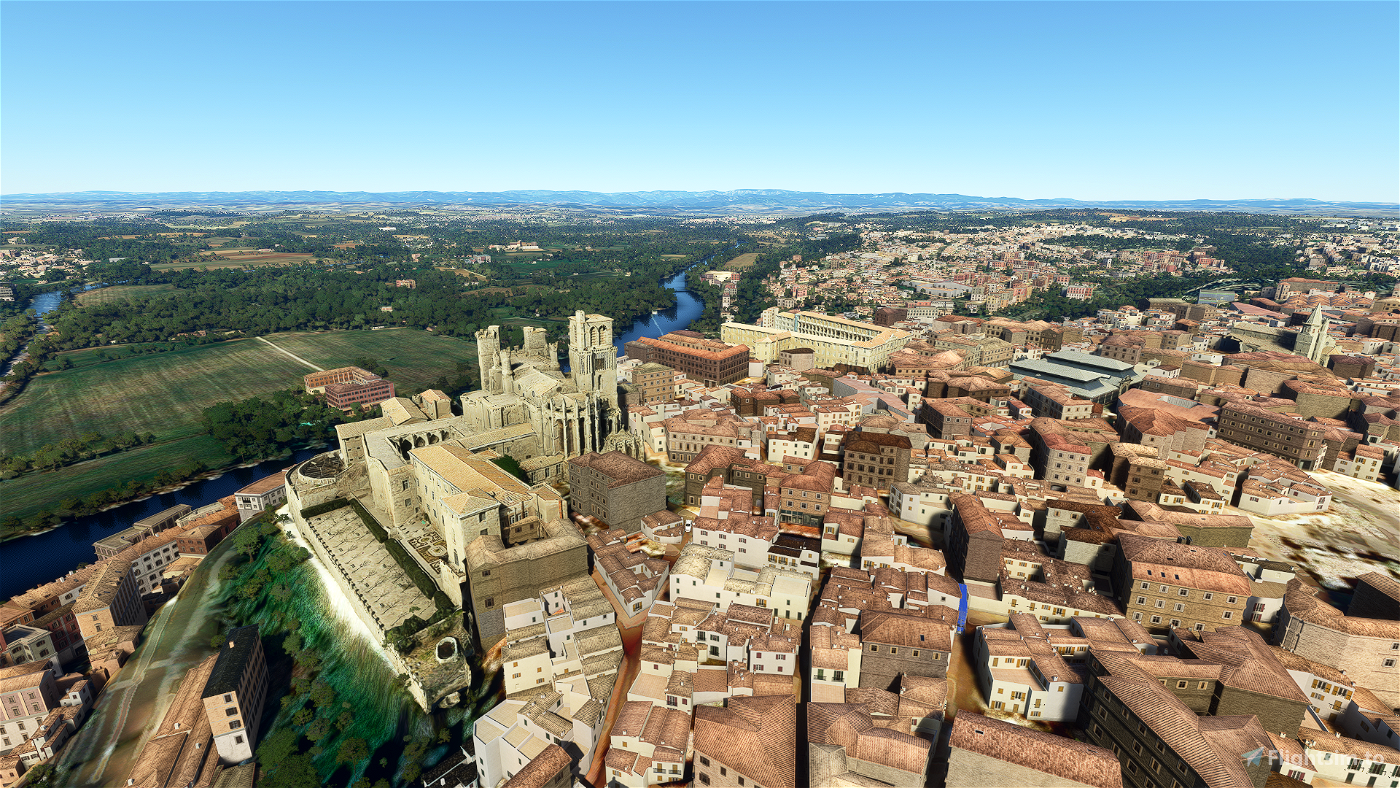 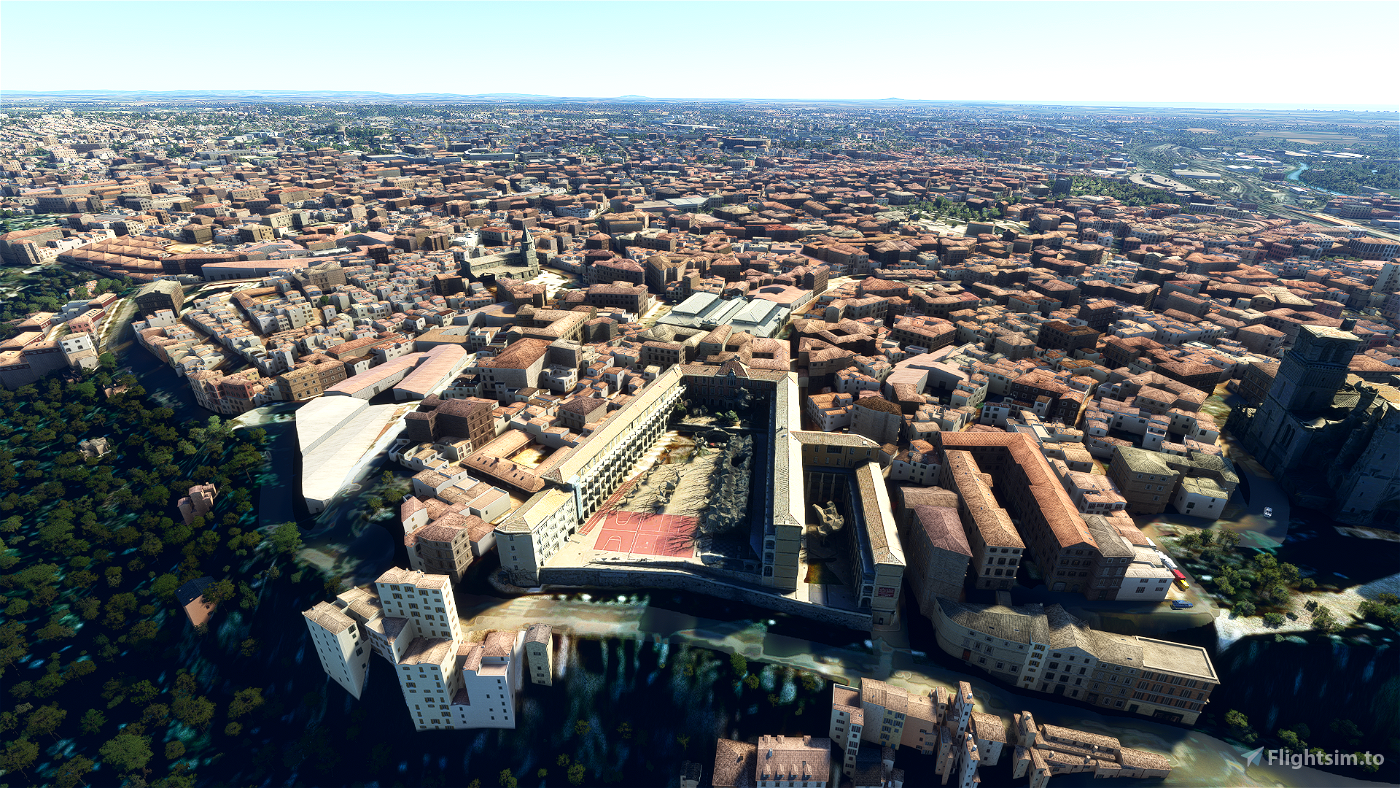 Béziers is a subprefecture of the Hérault department in the Occitanie region of Southern France. In 2017, the commune had a population of 77,177.Béziers hosts the famous Feria de Béziers, centred on bullfighting, every August. A million visitors are attracted to the five-day event.

The town is located on a small bluff above the river Orb, about 10 kilometres from the Mediterranean coast and 7.5 kilometres southwest of Montpellier. At Béziers, the Canal du Midi spans the river Orb as an aqueduct called the Pont-canal de l'Orb, claimed to be the first of its kind.

Béziers was a Languedoc stronghold of Catharism, which the Catholic Church condemned as heretical and which Catholic forces exterminated in the Albigensian Crusade.
Béziers was the first place to be attacked. The crusaders reached the town on 21 July 1209. Béziers' Catholics were given an ultimatum to hand over the heretics or leave before the crusaders besieged the city and to "avoid sharing their fate and perishing with them". However, many refused and resisted with the Cathars. The town was sacked the following day and in the bloody massacre no one was spared, not even Catholic priests and those who took refuge in the churches.
Despite the massacre, the city was repopulated. A few parts of the Romanesque cathedral of St-Nazaire had survived the carnage, and repairs started in 1215. The restoration, along with that of the rest of the city, continued until the 15th century.
Béziers became part of the royal domain in 1247.
In the early 20th century, Béziers became one of the centers of the revolt of the Languedoc winegrowers.

This pack does not contain a full photogrammetry extract of the city but rather focuses on a few emblematic or massive buildings to keep acceptable size and performances for lower configurations.

It contains the following mods:
-Arènes de Béziers: built in 1905 in the style of Spanish bullrings by Fernand Castelbon de Beauxhostes, the arenas are one of the largest such structures in France (seating 13100). The arenas host concerts and, every August, a bullfighting festival (the Féria).
-Cathérale Saint-Nazaire: The edifice dates from the thirteenth century, having been erected on the site of an earlier building that was destroyed during the Massacre at Béziers in the Albigensian Crusade. Situated in the high part of town, it occupies a picturesque site, visible from afar when approaching Béziers on the road from Narbonne. A remarkable example of middle Gothic architecture from the 14th century, the vaulted nave, 14 m (45.93 ft) wide, reaches a height of 32 m (104.99 ft). The total length is 50 m (164.04 ft). The western rose window has a diameter of 10 m (32.81 ft).
-Pont Vieux: a stone bridge crossing the Orb built during the 12th century. It has been listed as an historical monument since 1963.
-Pont-canal: The Orb Aqueduct is a bridge which carries the Canal du Midi over the Orb . The aqueduct is 28 metres (92 ft) wide, 12 metres (39 ft) tall and at 240 metres (790 ft) is the longest on the Canal du Midi.
-Halles de Béziers: Built in 1891 and then completely renovated in 1987, the Halles de Béziers have retained their Baltard-type architecture to this day. Their metallic structure, their pillars, their sculptures, their stone doors, their imposing roof make them one of the most embematic buildings in the heart of the city of Béziers. They are listed in the supplementary inventory of Historical Monuments.
-Lycée Henri IV: In the heart of the old town , the current Haussmann buildings, in freestone, date from 1904. Among the famous alumni are Edgar Faure (French statesman) and Jean Moulin (French resistant during World War 2).
-Eglise de la Madeleine: It is mentioned for the first time in 1092. The tower was raised I the 14th century then flanked by a turret of stairs in th 15th century. On 15th October 1167, Raimond Ier Trencavel , viscount of Béziers, is killed there by the inhabitants of the city

Parts of this content includes 3D data and textures copyrighted by « Google Map data ». Google Maps and Map data are provided by © Google, LLC, Mountain View, California, US. This free creation contains content from Google Maps or Google Earth, in accordance with Google Terms of Services and especially point 2.2 of Google Maps/Google Earth Additional Terms of Service. This creation is based on « fair use » or « fair dealing » of the data provided by Google through its services. No commercial use or any gain will be made by the author of this creation or the original host site, who use Google assets as provided for by the simple user licence. The author is freely sharing a creative application of Google Maps or Google Earth. The author will not receive any form of remuneration for sharing this work. Spontaneous general donations from users of file hosting web services under the form of « rewards » or « tips » will be rejected. If this content is found elsewhere and is offered in exchange of money or any other kind of remuneration, it is without the permission of the author and if such theft of intellectual property occurs, this site, and the author will disavow such distribution. Google has stated that it cannot answer to any direct demand about a particular creative use of its properties, as it stated in the « written permission » paragraph of the same document, and all such demands should in the first instance be directed to the author of this work. The author’s verification of compliance with Google’s Terms of Services will rest on this statement of intent, and the use of the provision of the « Fair use » paragraph of the document. As it is economically unreasonable for the casual creator of this content to ask for a costly legal analysis of its creation like proposed in the « Fair use » paragraph of the document, the author of this creation and the owners of this site undertake to destroy any trace of the work on first demand from Google, in accordance with the paragraph « Taking action in case of problems » of the Google Terms of Service about « advance notice » provided « when reasonably possible ».